Powell also failed to appear in court on four occasions as part of his probation. 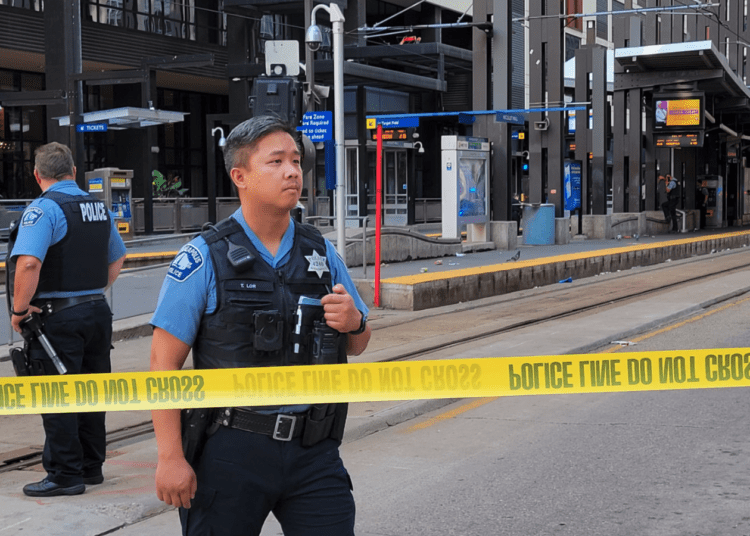 MINNEAPOLIS – A teenager from St. Paul suspected of shooting and killing a 15-year-old in downtown Minneapolis had, at the time of the incident, been on probation for a gun charge.

Metro Transit surveillance video captured the 15-year-old Walker putting his hands up before Powell shot him in the chest. Paramedics declared Walker dead at the scene after police and a Good Samaritan tried to save him. Per the Star Tribune, Judge Todd Fellman said during Powell’s virtual court appearance on Thursday that he should remain in custody because he was on probation for a gun charge. Powell also failed to appear in court on four occasions as part of his probation.

Prosecutor Raina Urton also lobbied in favor of Powell’s continued detention because the shooting happened at a public place in broad daylight, arguably making him an acute threat to public safety.

Walker’s death marked the 53rd homicide in Minneapolis in 2022. The total is now up to 54. There were 62 homicides at this time last year, according to city data. Minneapolis ended 2021 with 96 homicides, one shy of the all-time record set in 1995.

In the eyes of many Twin Cities area residents, downtown Minneapolis has become too unsafe over the past couple years due to higher violent crime rates and a minimal police presence.

Minneapolis crime data appears to bear this out. Precinct 1, which covers downtown, has seen an 83% increase in carjackings, a 75% increase in gunshot wounds, and a 49% increase in larceny over last year at this time.

The two crimes in Precinct 1 down from early August 2021, homicides and burglaries, are only down very slightly. Last year at this time 10 homicides were recorded, this year there have been 8. Similarly, 160 instances of burglary were recorded at this time last year, as opposed to 158 so far this year.