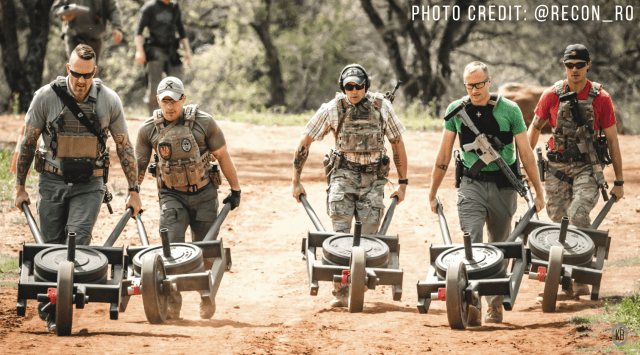 The Tactical Games are Unparalleled Competition

The Tactical Games are Unparalleled Competition

The Tactical Games are unparalleled competition and the growth is exciting. The competition was described as “American Ninja Warriors with guns,” or where “Crossfit meets combat.” Either way, it is a challenge like no other.

The newly formed competition is based on a highly secretive event hosted and run by NATO Tier 1 units. The Tactical Games are designed to test tactical athletes throughout the continuum of combat-related tasks, while under time constraints, and under physical duress.

Although there are some crossover between Three Gun competitions and The Tactical Games, as both events require shooting weapons, the two challenges couldn’t be more different.

Three Gun matches are generally sprint-style events lasting a couple of minutes at most. The Tactical Games will challenge the best of shooters, but will do so during, and after, grueling physical challenges.

To compete and win at the competition will require the fitness level of a professional athlete, with the tactical and technical skills of the best tactical operatives in the world. You cannot merely shoot or power your way to victory, it needs to be a combination of both to win the ultimate prize.

Five months ago, I found a picture on Instagram of two buff dudes wearing full-combat gear while carrying 180-pound barbells toward a shooting box. It looked more intense than your average two-gun event. After a little digging, I learned the exercise was part of an event at the new Tactical Games. According to the event’s website, the games invite “tactical athletes” to compete for the title of “most dangerous man on earth” through a series of events where “crossfit-meets-combat.” While anyone can participate, slots are limited to 120 and the pre-screening process has a high bar as participants must demonstrate an ability to complete both fitness and shooting challenges. … As a competitive shooter with some athletic ability, it looked like a fun challenge, so I signed up.