The officer ended the video by saying, 'Let's go Brandon' 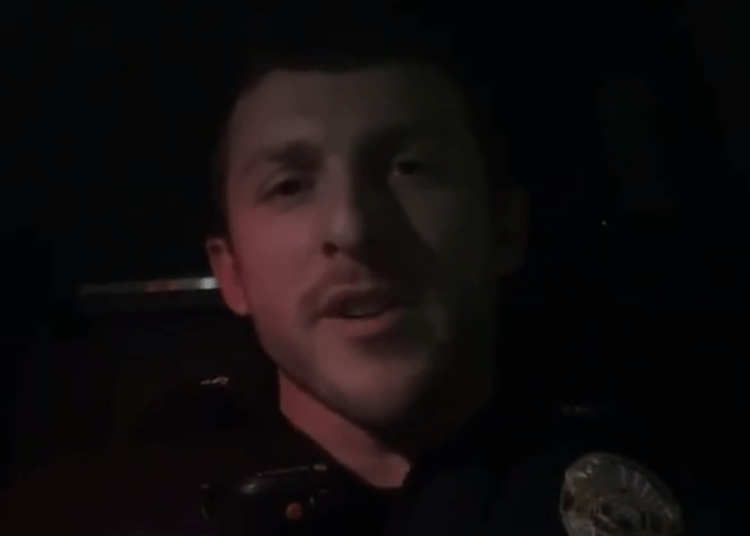 TACOMA, Wash. – The Tacoma Police Department placed an officer on administrative leave after he referred to city leaders as “spineless and tyrannical” in a video he reportedly filmed while on duty in his patrol unit.

“This message is for the police in DC and other cities that have spineless and tyrannical leaders such as mine,” Officer Robert Hollingsworth said in the video, reported The Seattle Times.

Hollingsworth goes on to say the “freedom convoy” is coming and urges officers not to violate people’s rights due to the orders of “some liberal tyrant.”

While concluding the video, Hollingsworth gives the impression that he’s ending his law enforcement career by saying, “I’ll be signing off for the last time. Just want to say, cheers, boys, and let’s go Brandon.”

“Let’s go Brandon” has become an anti-Joe Biden epithet after a liberal reporter had a large crowd shouting “F*** Joe Biden,” in the background. In an effort to cover for the president, the reporter said the crowd was chanting, “Let’s go Brandon.”

The right is sharing a video of a Tacoma police officer telling police in other cities to disobey orders against the freedom convoy and warned that if they don’t ,“conservatives will turn on you, and they absolutely should.”

The officer ended his video with “Let’s go Brandon.” pic.twitter.com/GIf2pLoKwA

According to the Tacoma Police Department, Hollingsworth offered his resignation, effective March 13. However, he’s subsequently posted another video to social media saying he was considering rescinding his resignation and fighting the disciplinary action “through the litigation process,” reported The Seattle Times.

“The Department is in the process of serving the officer with administrative leave paperwork,” Tacoma police said in a Saturday press release. “The Department had no prior knowledge of the individual’s personal political views, or their intention to post those views to social media while at work.”