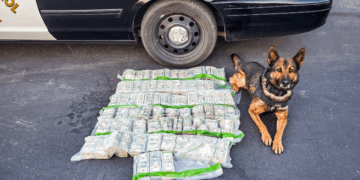 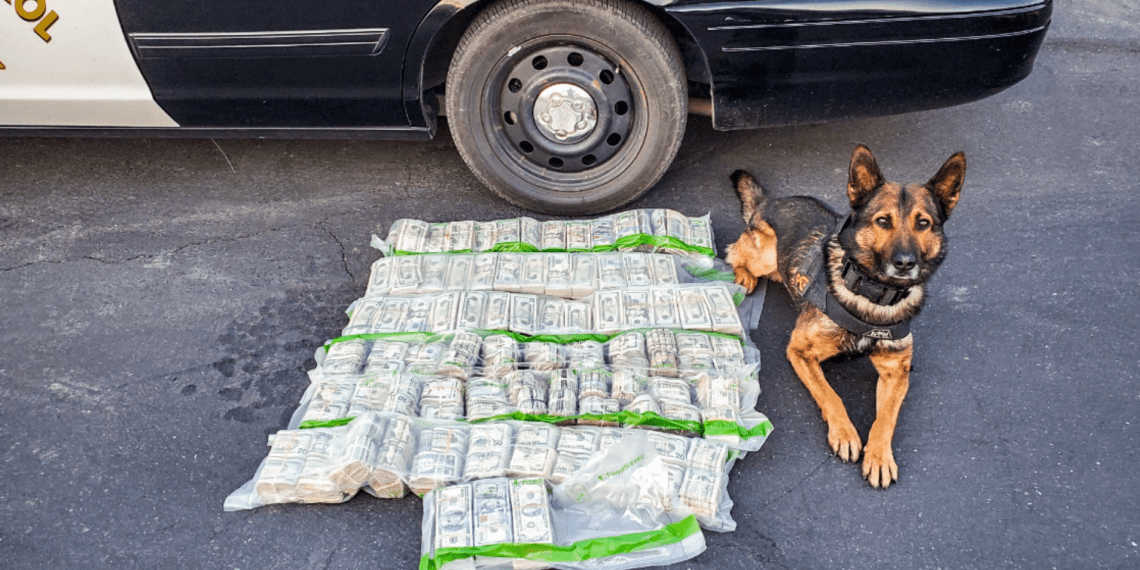 MERCED, Calif. – A suspect dropped nearly $1 million in cash on the side of the road during during a police pursuit in California on Friday.

Frank Capraro, 23, and Desmond McDay, were arrested Friday evening following a chase that saw the men use walkie-talkies to communicate and a third suspect attempt to block a California Highway Patrol (CHP) vehicle.

A CHP officer along with with his K9 partner “Beny,” detected the odor of narcotics on the cash. It was later discovered the suspects were traveling to northern California to purchase marijuana. 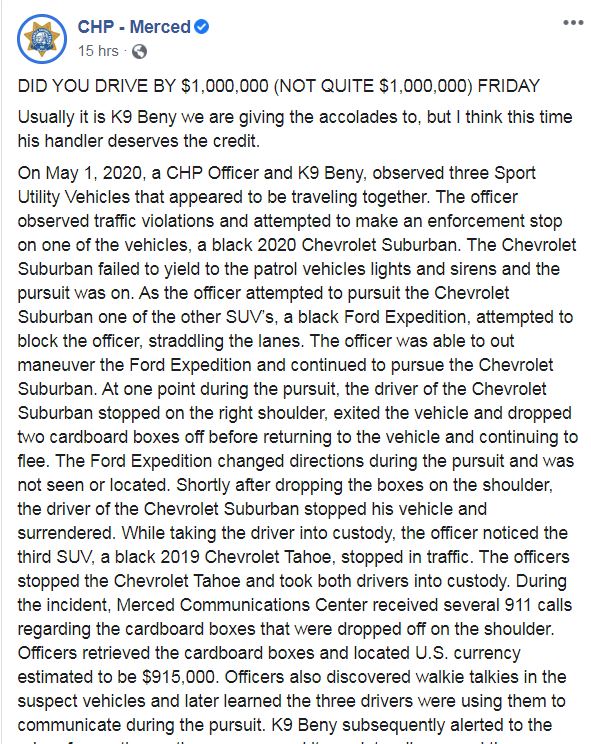 Fox News reports that before the chase, an officer observed three cars traveling together on Interstate 5 in Merced County around 6:26 p.m. on Friday. He attempted to stop one of the vehicles — a black 2020 Chevrolet Suburban — which failed to yield. During the chase, one of the other vehicles, a black Ford Expedition, attempted to block the CHP officer, who was able to outmaneuver it.

The Suburban was eventually pursued and at some point dumped two cardboard boxes off near the shoulder of the highway. After dropping the cash, the driver took off again, before he eventually surrendered, police said.

The driver of the Suburban and a second SUV that was later stopped in traffic were both taken into custody, while the SUV that tried to block the officer escaped, authorities said, according to the paper.