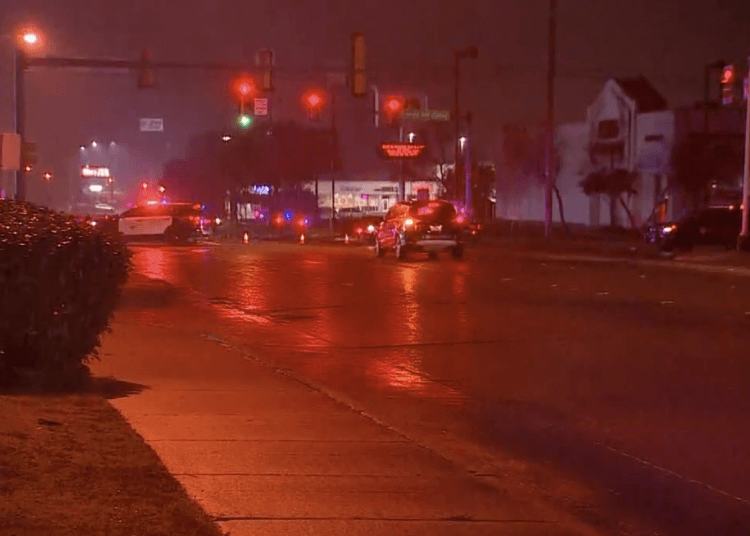 The shooting occurred around 2:30 a.m. on the 6600 block of Forest Hill Drive near a 7-Eleven and Shell gas station, WFAA reported.

Officer Naquirra Williams of Forest Hill Police Department was shot in the forearm and taken to a local hospital by a partner officer, said Chief Dan Dennis.

Moreover, Dennis said the officer will need surgery, “but she is stable and in good spirits.” Fortunately, she is expected to recover.

A Forest Hill PD officer was shot (condition unknown) this AM. We are on scene at a 7-11 that appears to have window shot out and an SUV is abandoned in street.

Shooting led to a chase that ended 10 miles away. @fortworthpd say the person they were chasing is now dead.#iamup pic.twitter.com/Tbs0FYZ49i

After the shooting, the suspect stole Williams’ patrol car, leading additional officers on a pursuit, according to Dennis.

Forest Hill police chased the suspect to the split at northbound U.S. Highway 287 and Interstate 30 near Riverside Drive before crashing on U.S. 287, police said. That is about 10 miles from the scene of the shooting, according to WFAA.

Additional shots were fired following the crash and the suspect has died, Dennis said.

U.S. 287 northbound had reopened as of 9:20 a.m. at the south Riverside Drive exit near the split. It had been completely shut down for about six hours as police processed the scene.

Drivers were advised to avoid the area in the aftermath.

Fort Worth police assisted at the scene, as well as the Tarrant County shooting team. The Texas Rangers have taken over the investigation, according to Fort Worth police.