"I think we need to rethink the concept of juvenile crimes," Hudson said as a repeat offender responsible for killing a young couple is scheduled to be sentenced Monday. 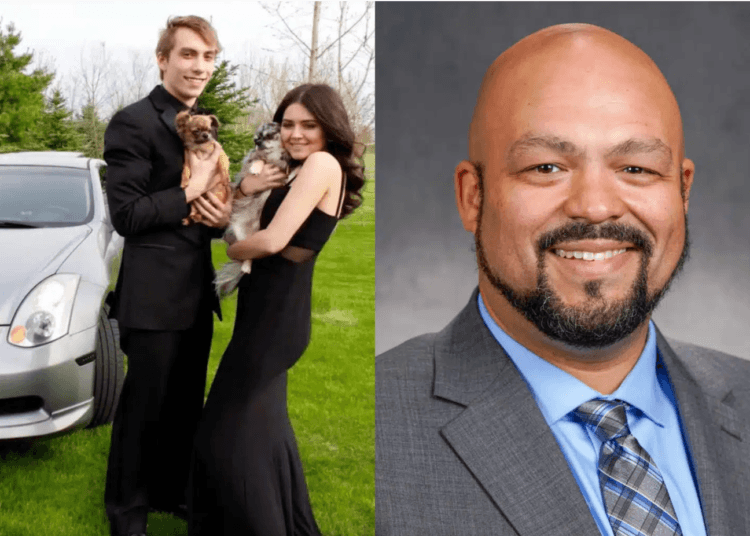 He is offering a broad list of changes to the system in order to better protect victims of crimes committed by juveniles.

He said he felt compelled to propose the changes after an Alpha News report earlier this month. The report documented the Ford family’s fight for justice. Their son, Dalton Ford, 22, and his longtime girlfriend Tayler Garza were killed Easter Sunday in 2021 in a tragic crash. They were running to get coffee when Camille Dennis-Bond and her brother Leon Bond were drag racing each other on County Road 42 in Burnsville. Leon’s car crashed into their car, killing them both. Seconds before the crash, he was driving 114 miles per hour, court documents say.

Leon Bond was 80 days shy of his 18th birthday when it happened. Despite a long criminal history, Dakota County Judge Joseph Carter failed to certify him as an adult. Bond will be sentenced Monday and likely spend a total of just a few years in custody. Meanwhile, a jury found his sister guilty of third-degree murder. She’ll be sentenced in March.

“My reaction was, how does this happen?” Hudson said. “It’s just shock that our system could look at that and be lenient in any way.”

After the story, he reached out to the Ford and Garza families asking to meet with them.

“It’s something to read a story like that and then meet the people who are most directly affected by it, the parents of the victims. They understand how justice has been denied to them and the rest of their family,” Hudson said.

The Fords discovered that some of Leon Bond’s very serious behavior in high school was withheld from an Extended Juvenile Jurisdiction panel. That panel provides a recommendation to the judge on adult certification.

He supports lifting the veil of privacy on juveniles who commit violent crimes or property crimes involving assets over $1,000. He also believes that anyone charged with a crime, gross misdemeanor or greater, involving a vehicle should have their license suspended until their case has been adjudicated.

Hudson pointed out that Camille Dennis-Bond was pulled over multiple times after killing Dalton Ford and Tayler Garza.

He also thinks juvenile records should become public information permanently once the individual commits a gross misdemeanor or felony as an adult.

“After you turn 18, another problem is the criminal record as a juvenile is not impacting sentencing as much as they should when it comes to crimes committed as an adult. Maybe we say your juvenile record is sealed until the first time you commit a violent crime. At that point it’s wide open and you’re accountable for all of it,” Hudson said.

Earlier this month, Hudson signed his first bill as chief author. The bill would require aggravated sentences for violent offenders on their third conviction. It would make their sentences consecutive, as opposed to concurrent, and require them to serve the entire sentence.

“Current law allows this wiggle room where a judge may decide whether they’re going to toss the book at them, for lack of a better term. This would compel them to say that you’re going to do that. It would also make their sentences consecutive,” he explained.

Hudson acknowledged that not much can change what happened to the Ford and Garza families.

“However, there are things they can do going forward. That’s one of the things I really appreciate about the Fords and their activism is yes, they are thinking about justice for their son and his girlfriend, but they’re also thinking about preventing this from happening to any other family in Minnesota,” he said.

Hudson plans to put pressure on Dakota County authorities to respond to a data request from Veronica Ford, Dalton’s mother. He also would support a victim rights transfer to next of kin upon death. The Fords have been denied access to information because “they are not the victim,” according to state laws.

When Alpha News reached out for clarification and comment from Minnesota’s court system, a spokesperson said “no further information can be provided other than what’s publicly accessible in the case.”

Leon Bond was on probation for assault and theft at the time of the crash. His sentencing is scheduled for 9 a.m. Monday at the Dakota County Courthouse in Hastings. Dakota County officials have told the Ford family Leon Bond is participating in things like anger management, yoga, and Bible study as part of his rehabilitation. It’s possible he could be out of custody in a little more than a year.

About the author: Liz Collin has been a truth-teller for 20 years as a multi-Emmy-Award-winning reporter and anchor. Liz is a Worthington, Minnesota native who lives in the suburbs with her husband, son and loyal lab.