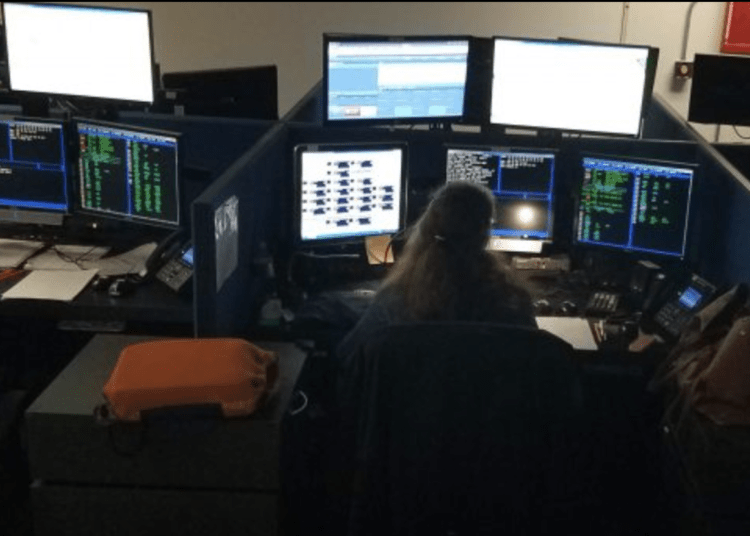 PHILADELPHIA — There appears to be a crisis in Philadelphia related to 911 calls for help. Citizens report making emergency calls just to have no one answer for extended periods of time.

Emergency call volume has risen to 2.4 million last year, up from recent years. However, that is not the sole source of the delays, according to a report.

The radio room of the Philadelphia Police Department is located inside the headquarters at 8th and Race streets. Unfortunately, it faces staffing shortages nearly everyday, Billy Penn reported.

Burnout, COVID-fuelled illness, and sky-high turnover, drive the increasing vacancies, according to nearly a dozen current and former dispatchers and other officials who spoke with the news outlet.

Until recently, employees were being forced to work overtime up to seven days per week, department officials confirmed.

“A lot of people are burnt out,” said Darnell Davis, union representative for Local 1637 of District Council 33, which represents civilian communications in the police department. “They’re the first responders, and they’re getting a lot [of pressure] from management to come to work and work through the COVID, and they have.”

Davis said the department has taken laudable steps to address grievances following an emotional briefing with City Council last year, where dispatchers described unsafe working conditions, depleted morale and a culture of retaliation for those who complain.

Police Commissioner Danielle Outlaw has vowed to ramp up recruitment efforts. Yet the problem is effectively recruiting and training employees to work in such an environment.

“The Philadelphia Police Department currently employs roughly 250 dispatchers spread across three, round-the-clock radio shifts. The newly passed city budget authorizes an additional 75 positions, bringing the maximum number of dispatchers to 350. But more than 60 staffers have left police radio since the pandemic began in March 2020 — a full quarter of the current workforce. Of those, nearly half were new recruits,” according to Billy Penn.

Dispatchers, who spoke confidentially with the news organization since they are not authorized to make press statements, said the worker shortage and near-daily callouts have created a chaotic situation.

Capt. Edward Appleton is the top supervisor in police radio. However, the department did not make him available for an interview, Billy Penn reported.

The department should ideally staff 20 people on the phone lines per shift. However, some assignment sheets reviewed by the news organization show only a handful, even on the busiest 3 to 11 p.m. shift as well as the following overnight shift.

“Some nights, we’re coming in and there’s one call taker assigned,” one dispatcher confirmed. “The last two months, at least once a week, on the busiest shift, they had one call taker.”

PPD denied this claim. Nevertheless, Billy Penn confirmed “several evenings in July and August where the radio room was understaffed by nearly a dozen workers on several shifts. It’s a regular scramble for supervisors when this occurs, as they must transfer administrative workers and dispatchers to help answer the phones when they ring off the hook.”

Furthermore, four dispatchers independently described recent backups, saying as many as 27 calls waited to be answered in the queue. This could take as long as 3 minutes, leading some callers to give up.

According to PPD, about 3,900 calls placed this year rang for over two minutes, which accounts for 0.2% of total volume.

“Our commitment is always to answer all 911 calls in under 10 seconds,” ​Corporal Jasmine Reilly said in a statement. “We adjust assignments in an attempt to meet that goal. Supervisors reassign personnel from the tape room, console partners etc. to ensure that the most calls possible will be answered in the shortest space of time.”

It’s difficult to know how often unanswered calls or mishandled dispatches lead to tragedy, but the horror stories exist.

Top police leaders are defelecting some blame for current problems in the call center onto a recently added process: the mental health assessment script dispatchers were instructed to begin using in the wake of Walter Wallace Jr.’s killing by police last year.

“Their jobs have become more challenging due to the addition of requirements for mental health questionnaires being filled out when someone contacts 911 which is adding to the increased time,” Lt. Patrick Quinn wrote in an email to residents who complained about call delays, obtained by Billy Penn.

Dispatchers acknowledged concerns with the mental health script. Moreover, the requirement aggravates some residents as it causes delays in the midst of an emergency.

Frustrated callers say they understand the plight of the workers, but that doesn’t solve the problem.

“I understand understaffing,” said a resident who struggled to get through to 911 last week, “but this really needs to be a priority. The safety of the people you represent comes first.”