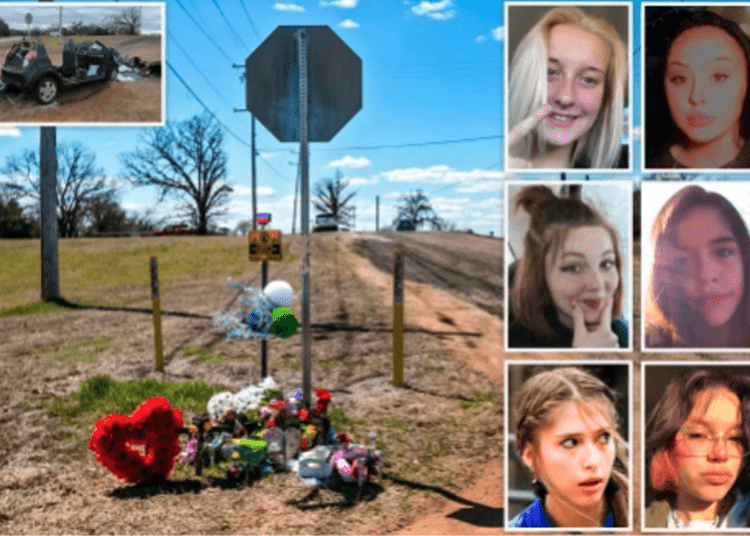 TISHOMINGO, Okla. – Six teenage girls in Oklahoma were killed when the small car they were traveling in collided with a semi-truck Tuesday afternoon. Federal investigators concluded the girls’ vehicle rolled through a stop sign at an intersection prior to the horrific collision with the big rig.

“Witnesses reported the (vehicle) made a ‘rolling stop’ at the stop sign and entered (the intersection),” before the crash with the 1994 Peterbilt truck-tractor hauling rocks, according to a Thursday statement from NTSB spokesperson Peter Knudson.

The teens ranged in age from 15 to 17. They all attended Tishomingo High School and were out on a lunch break, the New York Post reported.

The six teens were traveling in a Chevrolet Spark. It is only designed to carry four passengers.

Tishomingo is a rural, tight-knit community. The high school has an enrollment of 240 students.

The driver of the truck was identified as 51-year-old Valendon Burton. He was not injured in the crash, which remains under investigation.

No criminal charges have been filed.

TISHOMINGO, Okla. – The Oklahoma Highway Patrol confirmed that six teenage girls were killed when the vehicle they were traveling in collided with a semi-truck Tuesday afternoon.

The horrific collision claiming the lives of the unnamed high schoolers occurred at the intersection of U.S. 377 and Oklahoma 22 shortly after 12:00 p.m., KFOR reported.

According to the highway patrol, the semi-truck was heading south on U.S. 377. The car the girls were in was at a stop sign.

“We don’t know the full nature or details of what caused the crash, only that the car at some point was at this stop sign and that in the following moments the semi hit them,” said an OHP spokesperson. “When we got to the scene you could see the car about 100 feet or so from the intersection completely totaled.”

News video taken in the aftermath show the car’s roof and multiple doors ripped away.

“We’re not sure how much of that was caused by the crash or by emergency responders but the scene was heartbreaking,” the OHP official said. 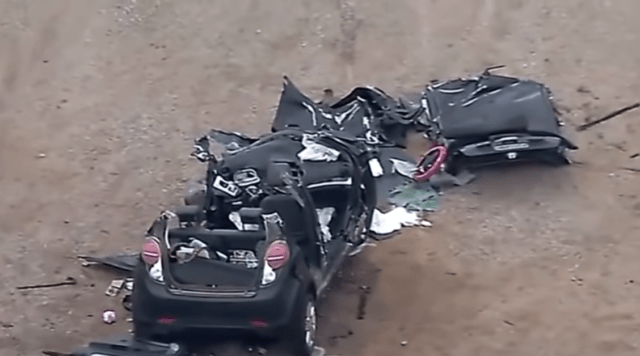 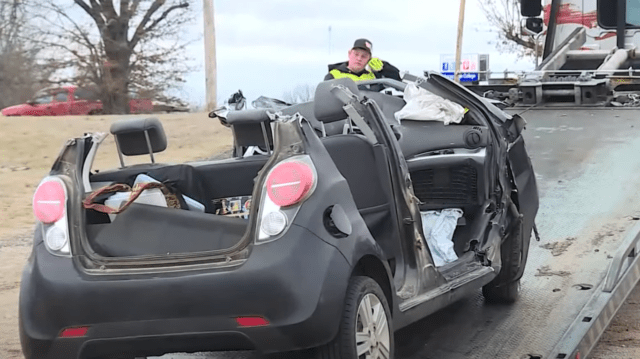 “We feel it is imperative that we inform you that our District has suffered a great loss today involving high school students,” Tishomingo Public School Superintendent Bobby Waitman wrote in a letter to parents and community members. “Our hearts are broken, and we are grieving with our students and staff. We have counselors available to students presently. We also have space prepared at Tishomingo High School with counselors available through the evening.”

Officials did not immediately release further details regarding the horrific tragedy.

Tishomingo is a small rural community a little more than 100 miles southwest of Oklahoma City and about 45 miles north of the Texas border.