'There was no heavier surprise than to receive a call that your Dad had been shot and killed,' she mourned 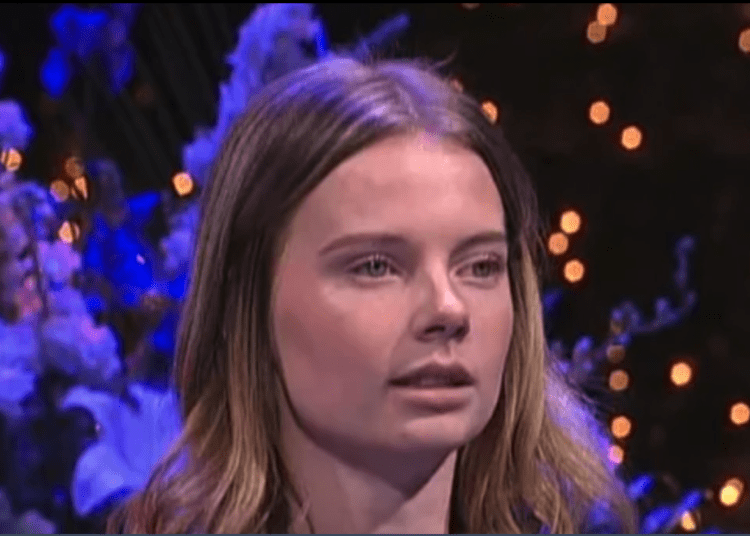 MESQUITE, Texas — Officer Richard Houston of the Mesquite Police Department was shot and killed while responding to a disturbance at a grocery store last week, Law Officer reported.

The 21-year veteran was married with three children. One of his children is 18-year-old Shelby Houston. She spoke at his memorial service on Thursday.

“I knew this day would come at some point in my life. However, I didn’t think it would come so soon,” she began her tribute.

Her first story was about a text message that her father sent her two days before he was gunned down. She was scheduled to teach at a church function, and her dad wanted to encourage her.

“Sometimes it feels overwhelming, but I’m here to tell you everything will be okay,” Richard wrote to his daughter. “You got this. Remember that no matter what, me and your Mom got your back, always and forever. Have fun tonight. Speak from your heart, don’t look back, you will do great. … I love you.”

Shelby then expressed the greater purpose in the message from her father.

“I don’t think he knew this text would actually mean more than just another Wednesday night for me,” she shared. “It would actually be the text that would send me into speaking at his funeral a few days later.”

Shelby reflected on a love between a father and his daughter, of the precious moments they shared together during her life, of hearing crazy stories that police officers bring home. But “home has felt lonely without him here.”

Receiving the devastating news that her father had been shot came as a life altering blow.

“There was no heavier surprise than to receive a call that your Dad had been shot and killed,” she mourned.

While understanding the need for justice, and expressing the emotions of anger, sadness, grief and confusion, Shelby still holds firm to the healing power of forgiveness; somewhat indescribable given her circumstances.

“Part of me wishes that I could despise the man who did this to my father. But I can’t get any part of my heart to hate him. … My prayer is that someday down the road I get to spend some time with the man who shot my father; not to scream at him; not to yell at him; not to scold him; simply to tell him about Jesus.”

Shelby continued as she explained the gift of fatherhood that she received from her dad. The results were apparent as she talked about life and love in their home.

“I don’t ever think my father knew that his ‘yes’ to the Lord would end up being like this. … I know as he entered the gates of heaven, he was greeted with, ‘Well done, good and faithful servant.'”

Toward the end of Shelby’s inspiring message, she still declared, “Eighteen years with you Daddy was just not enough time,” as her continuing words of wisdom amid the mourning bear witness to a deeply embedded faith that will help the family cope through this horrific tragedy; a sense of hope that is beyond description, yet healing in its application. “You were faithful, steadfast, kind, loving, selfless, and hard-working.”

Shelby concluded with these thoughts.

“On December 3rd you were silenced but you will forever live on in my heart today and all the days to come” as she outlined a number of experiences they shared together. “In my deepest wound, I saw the glory of Jesus, and it has astounded me. You are my hero, Daddy, and I’m so proud to call you my Father. I love you most, and I’ll see you someday soon.”