The sentences covered three murders, one attempted murder and other counts including kidnapping, aggravated arson and desecration of human remains 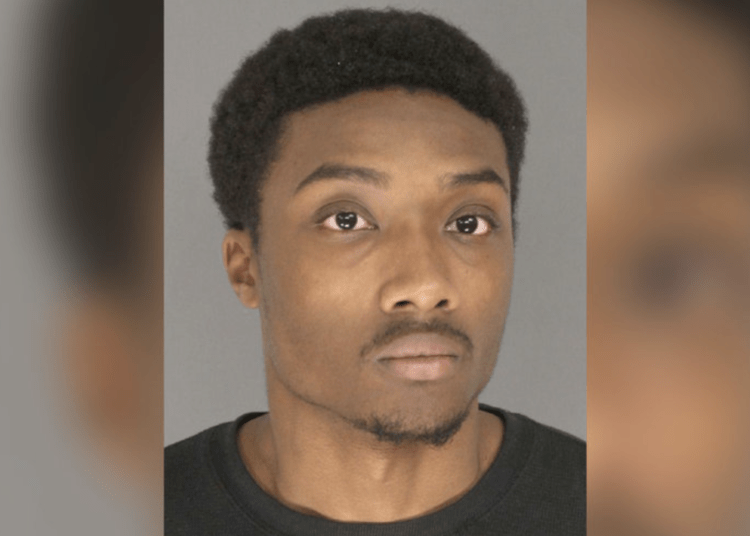 NEWWARK, N.J. — A defendant described as the North Jersey serial killer who preyed on victims by using dating apps was sentenced to 160 years in prison by an Essex County Judge on Wednesday.

Khalil Wheeler-Weaver sat stoically as Judge Mark Ali handed down his fate, according to the Associated Press. He was convicted in December 2019 of three counts of murder in connection with the deaths of three young women he killed between August and November of 2016, desecration of human remains, and the kidnapping, sexual assault and attempted murder of a fourth woman.

The sentencing was preceded by emotional statements from family members of victims Robin West and Sarah Butler.

“The purpose of this sentence is that he never walks free in society again,” the judge told a Newark courtroom, according to northjersey.com.

Wheeler-Weaver, 25, told Judge Ali that he was framed for the brutal murders in a brief address to the court. His mother, aunt and brother sat in the gallery but didn’t address the court.

The Essex County prosecutor’s office credited friends of Butler, a college student from Montclair, with using social media to help police track down the killer. They gained access to her social media accounts, set up a fictitious profile, lured Wheeler-Weaver to a meeting in Montclair and notified police, according to prosecutors.

Tiffany Taylor, a fourth woman who survived an attack, testified at Wheeler-Weaver’s trial. She provided crucial information that facilitated detectives, since the details of her attack were similar to those of the other victims, Fox News reported.

At Wednesday’s emotional sentencing, Taylor described how the attack permanently altered her life.

“My whole life is different; I don’t wear makeup anymore; I don’t have friends. I’m always paranoid. But I’m happy to still be here,” she said, before exhorting the judge with her innermost thoughts. “I hope you don’t show him any remorse, because he’s not showing any remorse.”

According to evidence laid out at trial by prosecutors, Wheeler-Weaver, then 20, used the dating apps to lure the women for sex and then strangled them. Their bodies were discovered between September and December 2016 in northern New Jersey. Particularly crucial to the case was Wheeler-Weaver’s cellphone, which placed him where the victims disappeared and where their bodies were later found.

West, a 19-year-old from Philadelphia, was seen getting into a car with Wheeler-Weaver the night of Aug. 31, 2016, and was killed within the next few hours, prosecutors said. They alleged Wheeler-Weaver dumped her body in an abandoned house not far from his own house in Orange, near Newark, and set the house on fire. It took about two weeks to identify her remains.

“I will never forget her smile, her face, her walk, her desire to help homeless people,” Mason said Wednesday. “The world focuses on the last month of her life. She had a whole entire life before her demise. Hundreds of people were affected by her life and were saddened by her death.”

Joanne Brown, 33, of Newark, was killed about a month after West. She was also discarded in an abandoned house in Orange. Her body was discovered about six weeks later.

Butler disappeared around Thanksgiving 2016, about a month after Brown was killed, and her remains were discovered in a wooded area four days before Brown’s body was discovered. Both women had been strangled with items of clothing, Fox reported.

During the sentencing, Butler’s father, Victor, urged the judge to give Wheeler-Weaver the maximum sentence. He then turned to the condemned killer and said, “I hope you suffer, boy, every night.”