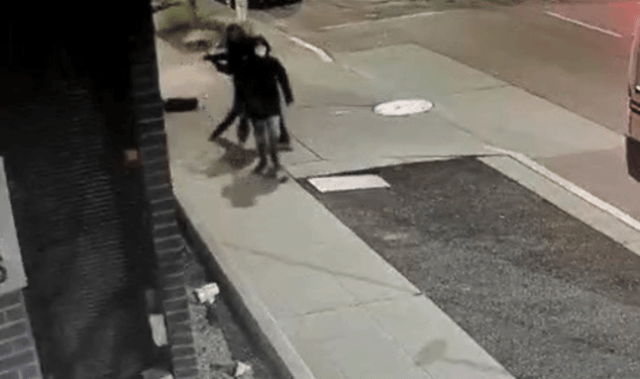 Surveillance video shows the moment a man attacked a woman with a baseball bat in Seattle. (Screenshot KCPQ-Twitter)

SEATTLE – A video was released showing a Seattle woman getting clobbered by an attacker swinging a baseball bat at her.

Wantez Tullos was identified as the suspect who unloaded on the woman about 6:30 p.m. on Jan. 31. He did not know the victim and the random attack was unprovoked.

Tulloss is a homeless man who has been charged in the case. He is currently residing in transitional housing with “few rules,” according to The Jason Rantz Show.

The victim sustained skull fractures and is believed to have suffered a concussion, according to FOX 13 News Seattle.

Wantez Tulloss has a long criminal history. Add to the list a new charge of first-degree assault after police say the homeless man hit this random woman in the back of the head with a bat… then getting a slide of pizza.

Witnesses told investigators the man ran away with the bat in his hand, FOX reported.

“The defendant is a significant danger to the community and very likely to commit a violent offense if he remains out of custody,” the King County prosecuting attorney said in probable cause documents.