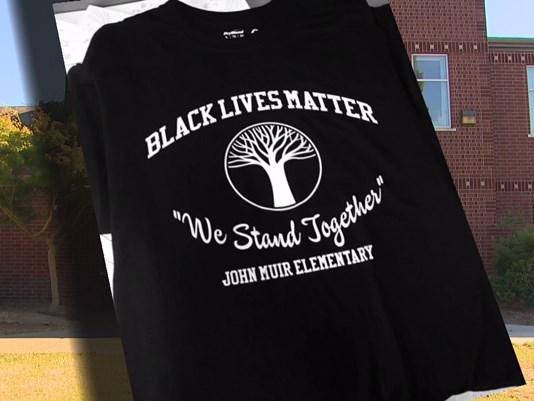 About 1,000 Seattle Public Schools teachers will wear Black Lives Matter T-shirts all next week in what they say is a bid to raise awareness about racial injustice within the school district.

Throughout the week, they’re encouraging teachers to have race-related lesson plans and they’re offered resources to guide the conversation.

From the TV screens to social media to the classrooms at Garfield High, students are talking about racial injustices and Black Lives Matter.

The conversation sparked again after threats of violence were made at John Muir Elementary School where the group, “Black Men United,” planned to wear Black Lives Matter T-shirts and greet students.

“What inspired me the most was when students asked, When are Hamilton teachers going to do this? When are Seattle school teachers going to stand up and say Black Lives Matter and celebrate us?” said Seattle Public Schools teacher Sarah Arvey.

The response is that many Seattle Public Schools teachers will wear Black Lives Matter T-shirts all next week.  They’ve already pre-ordered 1,000 for teachers.