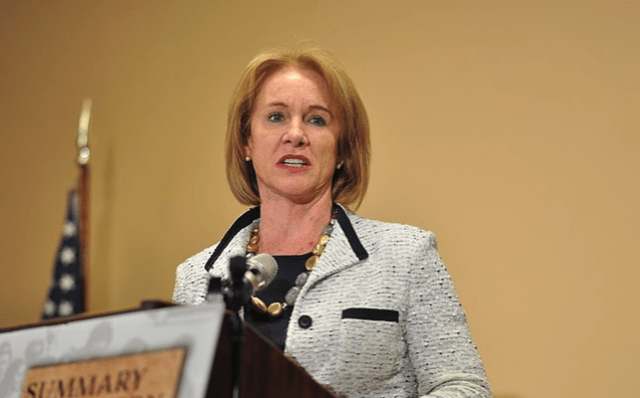 SEATTLE — Seattle Mayor Jenny Durkan asked the Washington State Supreme Court to reverse the decision of a King County circuit court judge that allowed a recall effort against her to move forward. If successful, she could be bounced from office.

Durkan, a Democrat, was called out by five Seattle residents who filed a petition seeking to recall her because of how law enforcement officials have responded (or failed to respond) to protests and riots this summer, according to The Seattle Times.

Durkan reportedly asked the circuit court judge to reconsider the decision, but the request was denied.

The state’s highest court is now being asked to render judgment after a notice of appeal was filed on Wednesday, The Times reported.

The petitioners in turn asked the state Supreme Court to reconsider two of the charges the judge initially dismissed and to broaden their original charges against Durkan.

This comes a day after Seattle Police Chief Carmen Best announced her resignation due to an overall “lack of respect” toward her fellow officers.

Moreover, Best’s resignation comes amid the City Council’s budget cuts, which will reduce the department by as many as 100 officers through layoffs and attrition.

Kelsey Nyland, a Durkan spokesperson, said the mayor would remain focused on her job during the appeal process.

“In the midst of unprecedented challenges for the city, Mayor Durkan has consistently acted to protect the public health and safety of residents during the pandemic, economic devastation, and demonstrations for justice,” Nyland said.

Seattle residents fight back against city council in support of police