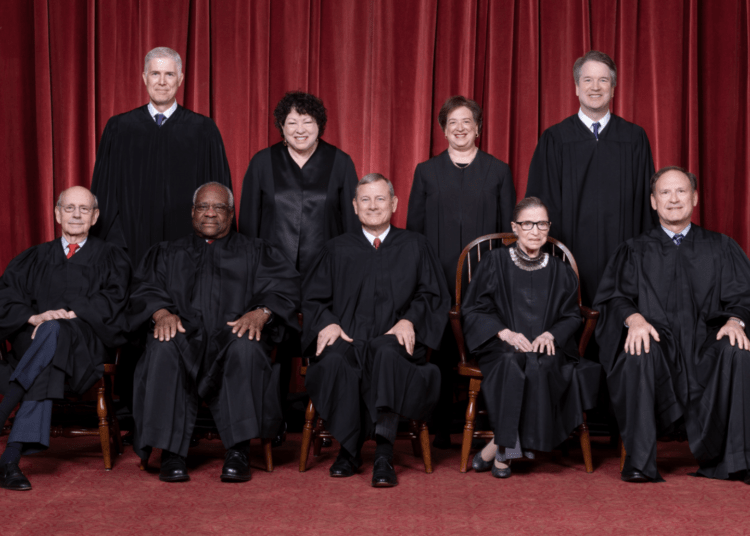 With the country reeling in protests over the death of George Floyd, the U.S. Supreme Court is examining a legal doctrine created by judges that has protected law enforcement officers and other government officials from lawsuits over their conduct.

The doctrine is called “qualified immunity.” Developed in recent decades by the Supreme Court, the doctrine, as applied to police, initially asked two questions: First, did police use excessive force, and if they did, should they have known that their conduct was illegal because it violated a “clearly established” prior court ruling that barred such conduct.

The idea behind the doctrine was to protect police from frivolous lawsuits when officers err while making split-second decisions in volatile and dangerous situations.

Due to the 2009 Supreme Court decision, lower courts have most often dismissed police excessive force lawsuits on grounds that there is no prior court decision with nearly identical facts, NPR reported.

While the Civil Rights Act of 1871 gives Americans the unambiguous ability to sue public officials over civil rights violations, the Supreme Court has subsequently limited liability to only those rights that have become “clearly established law.”

The issue has been percolating in lower courts for years and drawn increasing scrutiny from across the political spectrum. It returns to the Supreme Court now by coincidence, as the country grapples with fallout from Floyd’s death.

At the U.S. Supreme Court, two justices — one on the right, the other on the left — have called for reexamining the qualified immunity doctrine.

Justice Clarence Thomas, the court’s most conservative member, has called for revisiting the doctrine of qualified immunity. He has written that the doctrine was simply invented by judges without any historical basis.

Justice Sonia Sotomayor, arguably the court’s most liberal justice, has repeatedly dissented when her colleagues have not stepped in to rule in excessive force cases.

The legal battle over qualified immunity may now have reached an inflection point in the aftermath of Floyd’s death in Minneapolis.

There are currently eight qualified immunity cases now pending before the Supreme Court. The facts of the cases are varied.

“You’re trying to strike a balance,” said Chris Walker, law professor at The Ohio State University, who has offered a qualified defense of the doctrine. “You don’t want to have a legal system or an officer who is going to shirk from doing their duty. And so if you’re afraid of liability or being dragged into court, you might not actually faithfully execute the law.”

As it takes up qualified immunity, the Supreme Court will have to grapple with the fact that it is well-established precedent, Walker added.

“Justices (Elena) Kagan, (Stephen) Breyer, and even Ginsburg are going to be really worried about stare decisis,” Walker said, referring to the legal principle of respecting precedent when deciding a case. “If we just get rid of a doctrine that was established in the 1960s and that we’ve repeatedly reaffirmed, what do we do with Roe v. Wade?”

It takes the votes of four of the nine justices to agree to hear a case. The question is whether there are four who think there is the possibility of a fifth vote for limiting or abolishing qualified immunity as it now exists.