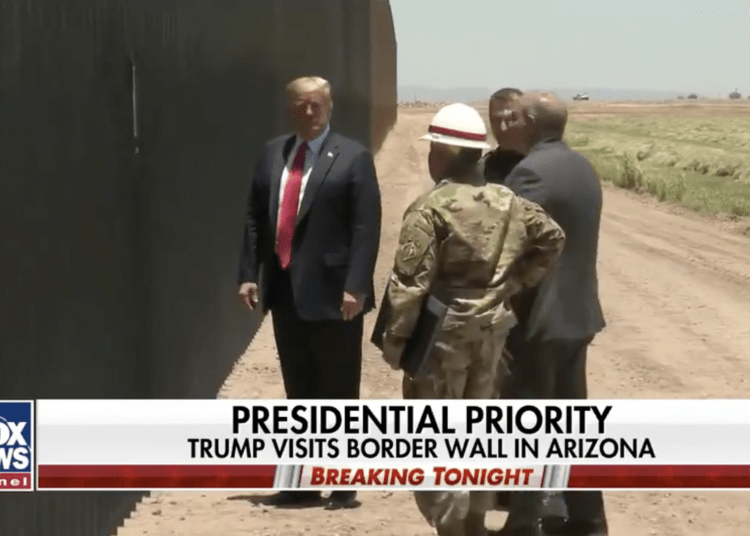 WASHINGTON — By a narrow 5-4 margin, the U.S. Supreme Court has denied a request to halt construction of President Trump’s border wall over environmental concerns.

A number of groups, including the ACLU and Sierra Club, had asked the high court to get involved again after the justices last year cleared the way for the administration to use military funds for construction while the case played out in the courts, Fox News reported.

A federal appeals court had ruled against the Trump administration last month, but the justices, for now, have given another temporary victory to the president.

In June, the Supreme Court also declined to hear an appeal from a coalition of environmental groups that pushed back against the Trump administration’s construction of the wall along the U.S.-Mexico border.

The groups, led by the Center for Biological Diversity, challenged a 1996 law giving the president authority to fight illegal immigration and border crossings, and limiting some legal challenges.

The coalition claimed that the Trump administration did not conduct sufficient environmental impact studies for the construction and that endangered species like the jaguar and Mexican wolf would be adversely affected by the barrier, Fox reported.

They had asserted in their case that the law’s allowance for the secretary of Homeland Security to waive any laws necessary to allow the quick construction of border fencing violates the Constitution’s separation of powers. The D.C. Circuit Court of Appeals had dismissed the case, citing a prior case from 2007 with “a nearly identical context.”

“This Court finds that precedent persuasive, and it compels the conclusion that Plaintiffs’ complaint fails to state plausible constitutional claims as a matter of law,” the Circuit Court’s ruling said.

Concerns about environmental impact would seem to be a pretext for the ACLU to challenge construction based upon a statement from one of their attorney’s.

“The fight continues,” said Dror Ladin, a staff attorney with the ACLU’s National Security Project. “Every lower court to consider the question has ruled President Trump’s border wall illegal, and the Supreme Court’s temporary order does not decide the case. We’ll be back before the Supreme Court soon to put a stop to Trump’s xenophobic border wall once and for all.”