She had taught theology for 22 years 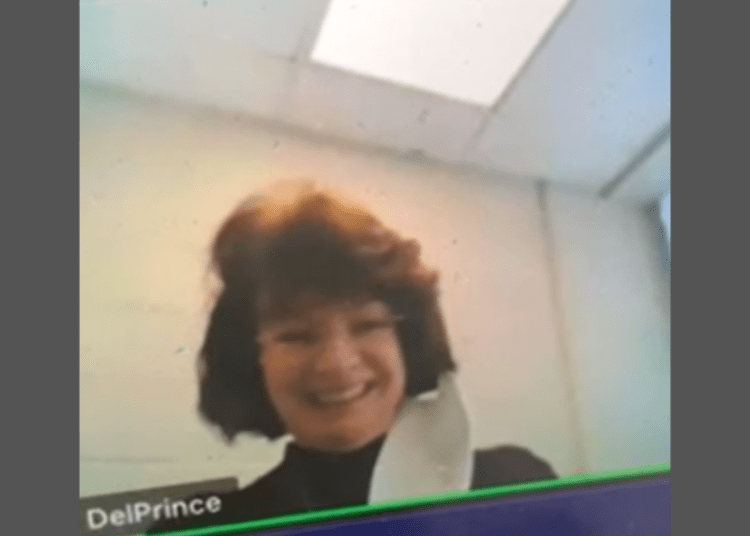 COLUMBUS, Ohio — A theology teacher at Bishop Ready High School has been fired after she made a comment during a virtual class on February 24th that disputed how George Floyd died. According to a report by News 19, the Catholic Diocese of Columbus said in a written statement last week that Deborah DelPrince, a theology teacher, “made unsupported personal assertions and opinions regarding George Floyd’s death this past summer in Minneapolis.”

Floyd died last May after a Minneapolis police officer pressed a knee on his neck as Floyd repeatedly said, “I can’t breathe.” His death launched massive protests nationwide over racial injustice and police brutality.

The video of DelPrince that was recorded and posted on social media starts after the initial comment about Floyd.

It begins when a student shows a picture of LeBron James in a shirt reading ‘I Can’t Breathe’. The photo appears to be from 2014 after the death of Eric Garner in New York City.

“That’s not necessarily true. But it perpetuates a myth against police. I’m not sure LeBron James is in the position to be disrespectful to police officers primarily because he probably doesn’t go anywhere without a bodyguard,” DelPrince said.

The student then asks DelPrince about an earlier comment saying, “I’m sorry, did you just say it’s disputed that George Floyd couldn’t breathe?”

“Yes, it is disputed,” DelPrince replied.

When asked by the student “By who?” DelPrince replied, “The tape.”

The student then says, “Did the medical examiner… I’m sorry, nevermind.”

The video ends after the student is heard saying, “‘Cause I’m going to say something that’s going to get me in trouble.”

DelPrince had taught at the high school since 1999.

Contentions such as the one DelPrince are increasing, as more and more people are beginning to understand how facts of the interaction with George Floyd and the Minneapolis Police Department may not have been accurately or even truthfully portrayed by mainstream news and social media.

At the very least, most news reports have ignored the similarities between the Minneapolis Police Department training in response to persons exhibiting symptoms of a drug overdose and excited delirium—and the precisely similar manuever performed during the George Floyd incident, as compared below.