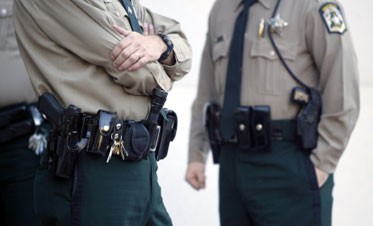 Anticipating danger is a time-tested and well-respected officer survival technique. Without question, the ability to foresee and realize which circumstances possess a serious threat is critical to any law enforcement professional. Unfortunately, years can pass in an officer's career without anyone discussing or providing training about several unappreciated dangers that kill many careers every year.

Dozens of corruption studies have been conducted during the last decade. The findings identified many "root causes" of corruption. Truly effective countermeasures are available to leaders. What has not been achieved however is getting street cops across the nation to save another cop by stopping him or her from making the mistakes that destroy them and their families. Many "cop career killers" can be stopped. All it takes is for a cop who knows a fellow cop is involved with one of them to get involved and do what it takes to pull him or her away from the danger.

Booze
Some times having the best of intentions just is not enough. This is usually true when cops "cover" for another cop who has a drinking problem. Making excuses or driving a fellow officer home when he shows up for work drunk isn't giving him the help he really needs. While the intention is to help, a high probability exists that the situation will backfire. The most common example is that he is arrested for DUI/DWI.

What a friend with an alcohol problem needs is a legitimate treatment center. He needs someone to take the time and arrange payment through the department's insurance, get an extended time off even if it means officers donating some of their sick time, and then physically taking him to the treatment center.

On-duty personal businesses
The danger is obvious. Yet, when credit cards are maxed-out and collection companies show no mercy every day, it can be tempting to work on a part-time business while on duty. Usually the only ones who know someone is in financial trouble is their close buddies. They need to get involved and help a friend pull out of debt without destroying his career.

The lousy attitude
There is no lack of cynicism in policing. Smaller departments have a few cynics. Larger agencies have dozens or hundreds. This is one of the most unappreciated cop killers, for it is easier to rationalize committing corruption when you feel like you are the victim of your agency. All things being equal, the more bitter and hateful someone is, the more likely it is that they will self-destruct.

Stealing from "street people"
It is a danger that is seductive and evil. Although uncommon, it can happen to within vice units, gang units, and detectives or street cops. The logic is that it isn't like we are stealing from "people" they are just drug-dealers or gang-bangers. When it does occur, it is most often a felony.

I know a lot of cops hate having a camera on their dashboard. If we can step back and be objective about the situation, dash cams are good for law enforcement. Many a cop has been saved from false accusations from someone who wanted to make some quick civil suit money. Then again, an untold number of officers have also been saved from saying or doing something they would have regretted, too.

Domestic violence
The National Center for Women and Policing reports that two separate studies have determined at least 40% of police officer families experience domestic violence, while the general population only has a 10% rate. Spouse abuse within law enforcement households is tragic for many reasons, not the least of which is that it could sometimes be avoided if fellow officers would get involved and help stop it rather than enable the violator.

Cell phones
Repeatedly using a agency-owned cell phone for personal use while on duty can get you in trouble. It can be construed to be theft of time. This is especially true if it happens for a long time.

Informants, hookers and DNA
The big danger here is sex. When the sex is over, she tells the officer or detective she is going to say he raped her if he does not give her money or commit crimes for her.

Detectives' freedom
It is hard to get used to all that freedom when someone first makes detective. The career risks evolve into something different. All that freedom means less supervision and different types of temptations.

Having too much fun
When retirement nears for most people in law enforcement, many of their best memories are all about having fun with other officers. I am not referring to all the crazy things that happen while answering calls on the street. The "cop killer" here is getting so carried away with having fun that someone gets fired for "theft of time."

Text and e-mail and MDT messages
Sending electronic messages may not sound like they could be a career danger, but there are a lot of officers who wish they had never hit "send." Sexist, racial, vulgar or hate-driven remarks can demolish careers.

Lying
No doubt about it. Lying can get you fired. What a lot of cops do not know is that the little lies that people rationalize are okay because they seem insignificant, can evolve into something much more harmful. The Brady v. Maryland and Giglio v. United States legal decisions basically held that evidence of the credibility of a law enforcement officer is the same as any other probative evidence and must be provided to the defense. Thus, those same little dishonest actions that were documented in a written reprimand can be provided to a defense attorney. An attorney may then move for the officer's testimony to be disallowed due to his or her history of untruthfulness. Ultimately, the officer can be fired because it is difficult to justify employing an officer who cannot give credible testimony in court.

The preceding scenario begins with small acts of dishonesty. Cops who lie to internal affairs generally annihilate their careers. Committing perjury in court is the kiss of death.