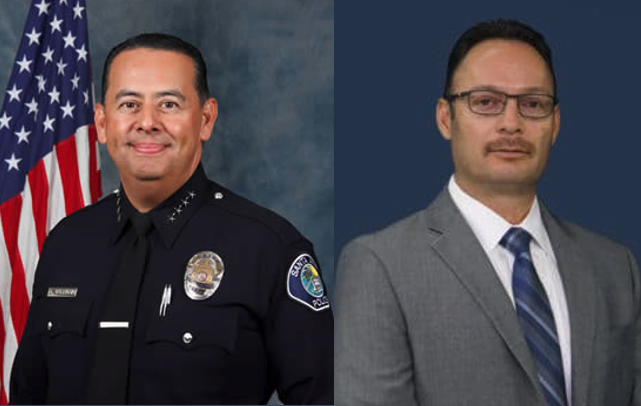 SANTA ANA, Calif. — The Santa Ana Police Officers’ Association escalated a battle within its department Wednesday as they announced a vote of “No confidence” in Chief David Valentin. Prior to the vote the president of the POA, Gerry Serrano, was placed on administrative leave.

The internal clashing, Valentin says in a letter dated Sept. 1, is “a complete distraction to our organization” serving the city’s 340,000 residents. The chief says he’s been the target of personal and political attacks by the police association under the leadership of Serrano, the Orange County Register reported.

Shortly before the Wednesday’s vote, Serrano told union members he was placed on administrative leave by Valentin and ordered to participate in a fitness for duty exam, according to Voice of OC.

The police union, in a Wednesday statement posted on Facebook, said the vote was 54% for “No-confidence” in Valentin.

“An organization that has NO confidence in its leadership is severely limited in carrying out its mission,” the statement reads, later adding “the (union) will formally advise the city manager, the mayor, and City Council of this determination and ask that they collaborate with the (union) to address this leadership crisis. The citizens of Santa Ana deserve nothing less.”

The city released a statement, which read in part:

For several months now, the City of Santa Ana has been aware of the fact the President of the Santa Ana Police Officers Association (SAPOA), Mr. Gerry Serrano, threatened to lead a vote of no-confidence against the Santa Ana Police Chief, David Valentin if he did not get what he wanted from the City. Indeed, Mr. Serrano stated that if he did not get what he wanted, he would “burn the City down” and bring this vote of no-confidence. This vote is his way of, “burning the City down”. Because this directly involves the police department and critically impacts public safety, the public must understand the outcome of this unwarranted vote is a result of the City holding Mr. Serrano, who is currently on paid administrative leave, accountable for his alleged actions, inappropriate influence and intimidation of City staff.

No police chief ever wants to be faced with a vote of no-confidence. It is a serious action meant to address significant deficiencies in the organization or in the Chief’s performance or leadership. That is absolutely not the case here. This vote is not based on actual legitimate reasons. Rather, it is a result of Mr. Serrano furthering his personal and political attack against the Chief.

The statement included support for the chief from Mayor Vicente Sarmiento and City Manager Kristine Ridge.

The conflict revolves around pension benefits.