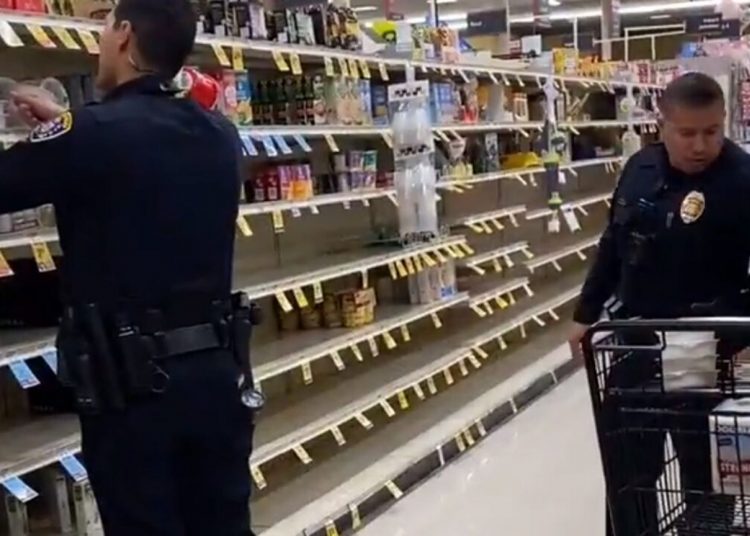 The San Diego Police Department went above and beyond after a welfare check revealed a man that needed help in the midst of a worldwide pandemic.

“It started as a welfare check and ended with spirits being raised for all,” the department wrote on Twitter.

The department said that officers from the agency’s southern division decided to help a man, identified as “Mr. Teo,” a 95-year-old widower “in need of some help.”

It started as a welfare check & ended with spirits being raised for all, including "Mr Teo" a 95-yr old widower in need of some help.

Southern Division's Sgt Holslag & his team saw a need, filled it & even partnered with Golden House restaurant on Palm Ave! This is how we win. pic.twitter.com/lp8ge24rUk

Video posted to Twitter shows officers going through aisles of a store, picking up items such as non-perishable foods, milk, and paper towels. 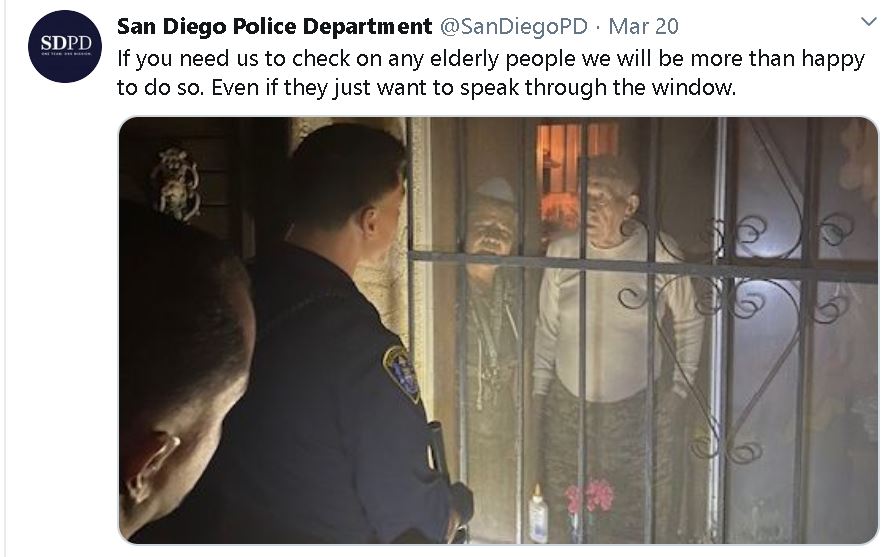 After the grocery store, officers then headed to the Golden House restaurant where they then picked up food to deliver to the 95-year-old.