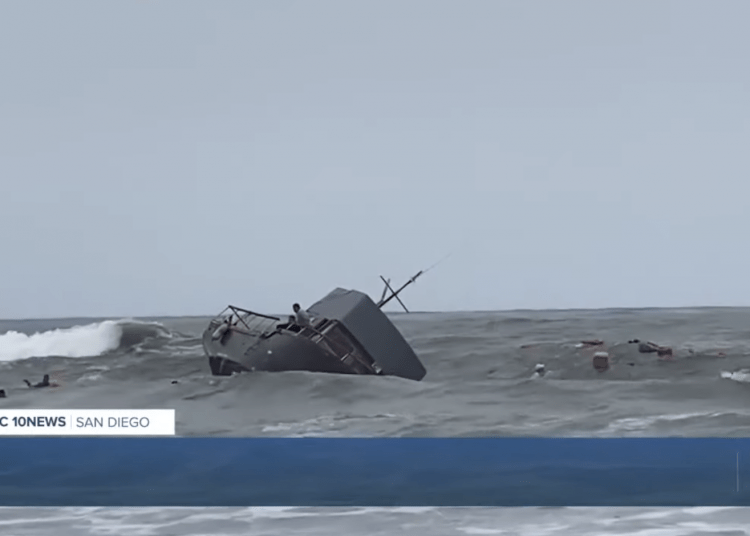 SAN DIEGO — A boat off the coast of San Diego overturned Sunday morning, killing two people and hospitalizing 23 others on board in what authorities suspect was a smuggling operation.

The incident happened occurred about 10:15 a.m. off Point Loma near Cabrillo National Monument, which said the tidepools were temporarily closed.

Federal agencies were searching the water using vessels and aircraft, according to Fox News.

The group had reportedly been riding in a low-slung panga, a boat often used for smuggling. Chief Patrol Agent Aaron M. Heitke referred to the incident as a “suspected maritime smuggling event.”

Nearly 100 first responders came to the scene, with eight fire engines, 10 medics, and various other officials.

Boats and aircraft were still searching around midday for other possible survivors in the water near the Cabrillo National Monument, SDFD said.

It was not immediately clear what caused the boat to overturn, Fox reported. SDFD said the situation is ongoing.

The incident comes amid a surge in illegal immigration — particularly unaccompanied minors — at the border. Critics have hammered President Biden for his handling of immigration in the early days of his administration, pointing to moves that narrowed interior enforcement and slashed his predecessor’s border policies, which they say increased the pull factors that drew migrants north.