Police say it's a case of murder-suicide 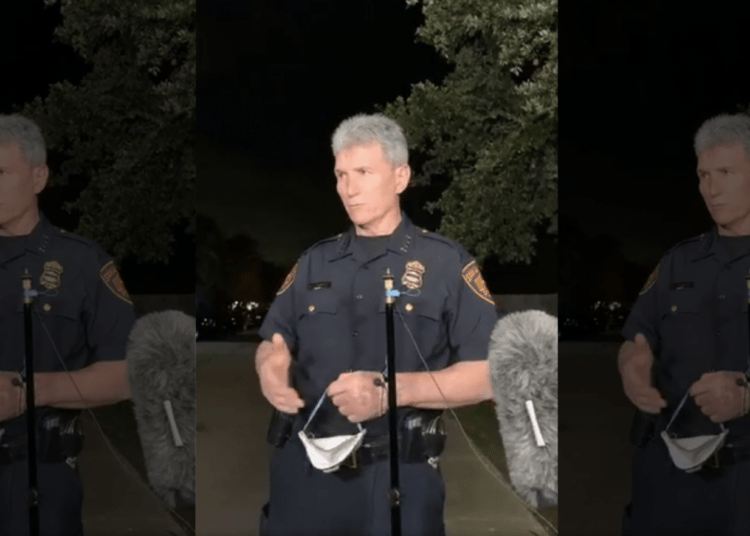 SAN ANTONIO — A U.S. service member and his family were found dead inside an SUV in the garage of their Texas home on Thursday from suspected carbon monoxide poisoning, according to multiple reports.

Responding officers to a “welfare check” detected strong chemical fumes emitting from the home. They also discovered a “cryptic” note on the door, which contained military jargon, The San Antonio Express News reported.

After officers were able to enter the home, they found the bodies of a couple, both in their 30s, along with their four children. They were all inside the vehicle in what was believed to be a case of murder-suicide, San Antonio police Chief William McManus said at a news conference.

“Saying it’s not pretty … there’s no words to describe that,” he added.

The children’s ages ranged from 11 months to 4 years old, the chief said. Moreover, the family’s two pet cats also were found dead in the SUV. The names of the family members were not immediately released.

“It’s the whole picture. The adults, the children, the pets,” McManus said.

Police were originally called to the home for a welfare check after the father, a military service member, failed to check in to work, which he had started doing from home, Fox News reported.

Seven officers responded but smelled “a heavy, noxious fume coming from inside,” police said. McManus later added that the odor was carbon monoxide.

“[It] kind of blew everybody back out the door,” McManus said.

“On the door here was a note, very cryptic, some of it was military jargon, I’m told,” McManus said, according to the news4sanantonio.

The cryptic note reportedly read, “The animals are in the freezer.”

A member of the military helped police with a translation of the note to mean, “Bodies or people inside, do not enter,” the chief said.

Due to safety concerns, a drone was deployed inside the house and found what appeared to be explosives, preventing police from immediately searching the home.

Consequently, it forced the evacuation of more than 200 homes in the area around 5 p.m., according to The San Antonio Express-News.

“Police and Fire are evacuating the area in the 100 block of Red Willow for possible explosive materials. Please stay away from this area as first responders work this scene,” the San Antonio Police Department wrote on Facebook.

“We believe this place may be booby-trapped, and we have not determined the best way to make entry yet,” McManus said at a 5:30 p.m. news conference.

McManus said at about 10 p.m. that no explosives were found inside the home once officers were able to safely make entry.

Two adults in their 30’s and four children (ages 11 months to 4 years old). Plus two cats. All died from carbon monoxide.

The chief added it wasn’t clear which military branch the man was with.

The family had reportedly moved back into the home in January after residing elsewhere.

There were no further details released as the investigation is continuing.