Officer Anthony P. Mazurkiewicz was gunned down on the city's northeast side 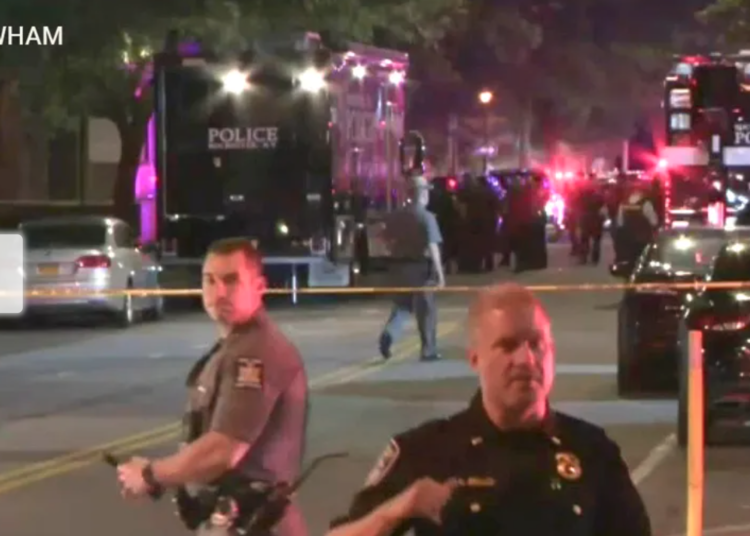 ROCHESTER, N.Y. – A police officer in Rochester was shot and killed Thursday evening and another officer was wounded by a gunman in the northeast part of the city.

At a news conference Friday morning, Mayor Malik Evans and Police Chief David Smith identified the slain officer as Anthony P. Mazurkiewicz, a 29-year veteran of the police force. Both “tactical” officers were in plainclothes working when the shooting unfolded on Bauman Street on the city’s northeast side. Officer Sino Seng and a female bystander were wounded during the encounter, the Democrat & Chronicle reported.

“Last night, Officer Mazurkiewicz and his partner, Officer Sino Seng, were attacked in a cowardly ambush and fell victim to the very violence in our community that we are trying to combat,” Chief Smith said at a press briefing Friday morning at the Public Safety Building. “During this incident, the full force of the region’s law enforcement responded to the scene. This same full force is being utilized to bring whoever is responsible for this heinous act to justice.”

Mazurkiewicz was shot at least once in the upper body, Smith said. He was rushed by a private vehicle to Strong Memorial Hospital, but did not survive, according to the Democrat & Chronicle.

Seng was treated for unspecified wounds at Rochester General Hospital. He was subsequently released and will recover at home.

The unnamed female bystander sustained non-life threatening injuries. She received medical treatment at the scene, according to authorities.

At the press briefing Friday morning, Evans said this incident was a “clarion call” for the community to speak up.

“We need your assistance. this is an ongoing investigation, and anyone that saw anything, you need to speak up,” Evans said, according to WHAM-TV.

Rochester Mayor Malik Evans on the shooting of two officers, one fatally. He also asks for community help in finding the shooter pic.twitter.com/KxnstK9yuV

Further details of the officer’s homicide were not immediately available.

Earlier, in the immediate aftermath of the shooting, Evans said, “This is a tragedy for our community. I’m asking Rochester to pray for these officers and their families. They go out every day and put their lives on the line. And while there are some people who sit on the sidelines, these guys are on the front lines, trying to keep our community safe. We ask for prayers for these officers, their families, the RPD and the entire city of Rochester.”

An outpouring of support from the law enforcement community began as word of Mazurkiewicz’s death and Seng’s injury spread.

“Our thoughts are with the family and fellow officers of the Rochester Police Department after the loss of one of their own this evening in a senseless shooting,” the Utica Police Department wrote on Facebook. “We also pray for the healthy and speedy recovery of the second officer shot in the same incident.”

Rochester, like many urban cities is dealing with a surge in violence, Fox News reported.

The Democratic mayor declared a state of emergency in Rochester over shootings the very same day the officers were shot, WHAM reported.

Rochester Mayor Malik Evans speaks at a news conference Thursday announcing a state of emergency over violence in the city. (Rochester Police Department)

According to the news outlet, 202 people have been shot and 41 have been killed in the city this year.

“Terrible news out of Rochester tonight where one @RochesterNYPD officer was shot and killed, and another officer was also shot and is now in the hospital,” New York Rep. Lee Zeldin tweeted. “Prayers up for these officers, their families, and the Rochester community. We must do more to back the blue.”