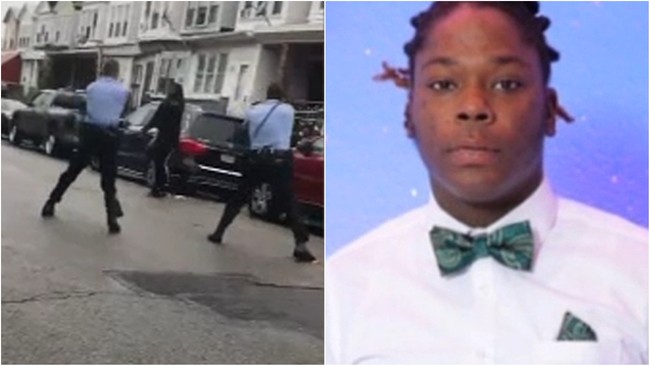 Riots and looting have broken out in Philadelphia after police shot and killed a man after they responded to a domestic violence call.

Video being censored online shows Philadelphia cops being confronted with a man holding a knife in a threatening manner.  They repeatedly told him to drop the knife while backing away.

The suspect, identified as Walter Wallace Jr. moves towards officers and gets within 10 feet of them prior to the shooting.

Civil Rights Attorney Ben Crump claimed that cops made “no attempts at de-escalating the situation.”

Philadelphia cops fatally shot Walter Wallace Jr. today, firing 10+ times at him while he stood at least 10ft away. He allegedly had a knife but cops made NO attempts at de-escalating the situation in this video. They went straight to killing Wallace in front of his loved ones! pic.twitter.com/U2zYGqK7Ag

Sgt. Eric Gripp, a spokesperson with the Philadelphia Police Department, told 6ABC that officers confronted a man with a knife at the scene. Gripps say the man was shot multiple times by two officers after he didn’t adhere to calls to drop the weapon. He was later pronounced dead.

Other videos online are asking why the suspect was “charging” at officers.

DDAAMMMM this crazy Police shooting in West Philadelphia just happened ??? RIP to boul but why was charging at them ??‍♂️ pic.twitter.com/twjh2UIlct

During the protest outside the 18th District, at least four officers were hospitalized after they were struck by bricks, investigators said. There were also reports of vandalism, including spray-paint and smashed windows, at the Penn police station.

UPDATE: Philadelphia riots have led to 30 officer injuries and 35 arrests. One police sergeant suffered a broken leg after being hit by a pickup truck. Read more.