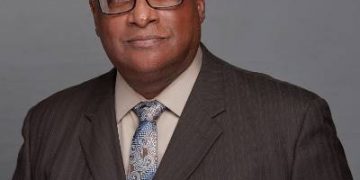 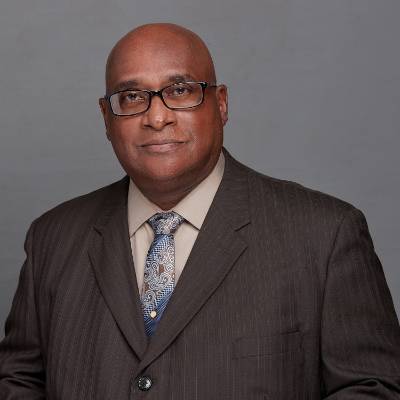 A retired Milwaukee Police Officer has died from the Corona Virus.

Lt. Lenard Wells retired with the Milwaukee Police Department after 27 years of service.

He was an avid learner and well respected leader, earning his BA in Psychology from the University of Wisconsin – Milwaukee along with a master’s degree in Public Administration.

Lt. Wells earned both degrees while working full-time on the Milwaukee Police Department.

He earned his PhD in Leadership, Learning, and Service from Cardinal Stritch University in Milwaukee.

After retiring from the Milwaukee Police Department, he was appointed by Governor Jim Doyle of Wisconsin to Chair the Wisconsin Parole Board. After leaving the Parole Board, Lenard became the Center Director of an adult education facility for Concordia University Wisconsin.

Wells was a full-time instructor with the University of Memphis Department of Criminology and Criminal Justice.

Milwaukee County Sheriff Earnell Lucas knew him personally, saying in a statement Wells was a force to be reckoned with: 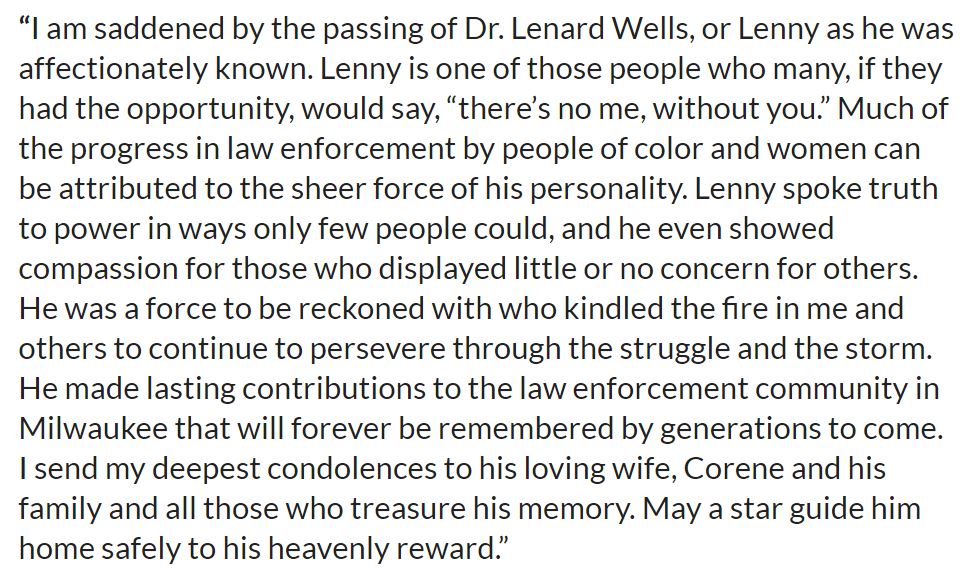 At the time of his death, Wells was working on various projects including research on Diminishing Obedience to Police Authority and Police Training in Use of Force.