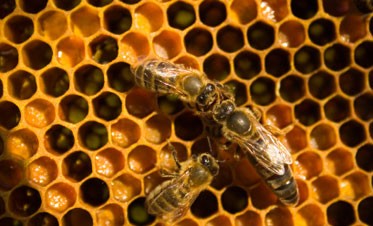 The workplace is where most people spend a majority of their time throughout their careers. Job settings can vary depending upon the nature and type of employment. Some employees may remain in one job for a long period of time or even years until they retire. Others, throughout their careers, may switch jobs rather frequently and find themselves in various work environments. Some are confined to offices while others, like police officers, are more mobile and perform their functions on foot, in cruisers, on motorcycles, and in some areas, on horses. Regardless of the situation, the anticipation is that, as employees, they will be in an environment that is efficient, productive, and relatively congenial.

The most important asset of any organization is the people who comprise it. Thus, leadership plays an important role in how well the organization will function and how well the people under it will perform. A good leader will strongly encourage employee development so that individuals can meet their potential within the workplace and offer positive contributions. Teamwork is often touted as a goal of the organization and when it works as it should, the results benefit all involved.

Frequently, however, not all the anticipated desires of employees or the purported goals of an organization evolve as they should. As a consequence, issues can develop in the workplace that can progress to problematic stages within the work setting. Depending upon the severity and extent of the problems that present themselves, the atmosphere in the work arena can rapidly change for the worse. When this occurs, it is not at all unlikely for workplace victimization to occur.

Victimization in the work environment can take many forms and can be, in varying degrees, dependent upon the conditions and circumstances. Sometimes problems occur that are more blatant than others, and there are those that are insidious and, ultimately, highly destructive in nature to both the individual and the organization itself.

The Queen Bee Syndrome is one such relevant phenomenon. This syndrome usually predominates in environments where a female is the supervisor or leader of the organization or department and has female employees working under her. Female leaders in positions of power, and who comprise this syndrome, have an overwhelming desire to be in control of all things and all people at all times. They can, oftentimes, be ruthless in their quest to do so.

It is not uncommon for Queen Bees to feel threatened by one or more female employees who work for them, particularly if they are highly educated and skilled in their profession with a commendable work history. The Queen Bee views the employees under her as competition. If the employees are well-liked and respected in their chosen career field, and have developed a positive reputation beyond the immediate workplace, the Queen Bee can find that intimidating and lash out at the employees in revenge. Consequently, employees who work for a Queen Bee supervisor may become victimized in their work environments as a result of the power plays that occur and the manner in which they are treated.

Queen Bee supervisors have a desire to feel important at the expense of others. They may treat female employees differently than males, levy more difficult requirements on them, and set unreasonable standards for them to meet. The Queen Bee may target a specific employee and deliberately initiate derogatory and unfair comments that cast an unfavorable impression of the employee to others. As a result, the supervisor may taint the perception of colleagues concerning the employee. In these situations where the syndrome prevails, it is not uncommon for the supervisor to deny a female employee requests for pay increases, training, and other growth opportunities. The Queen Bee does not want the employee to further develop within the organization or enhance her skills or expertise for fear that she could outshine the supervisor. Moreover, the supervisor prefers to keep the female employee confined to the office where she can be closely observed and does not want the employee to be placed in other situations where she has exposure to other people and opportunities that could likely enhance her professional image.

During staff meetings, any input by the female employee may be counteracted with negative reactions by the supervisor that include disapproval of ideas and suggestions, unfavorable responses, and obvious body language such as rolling of the eyes and headshaking that connotes unremitting disapprobation. It is not inconceivable for the Queen Bee, in the employee's absence, to search the employee's work area to see what mail she is receiving and who she is having contact with.

When it comes time for the employee's performance review, the Queen Bee is in a position to cause egregious harm to the employee. Despite the fact that the employee may be doing her job and doing it well, the supervisor can choose to give her a poor evaluation and cite her for a less than satisfactory performance. Though the employee may be able to write a rebuttal or have an appeal, the employee is still affected and may not be believed because the Queen Bee is in a position of power that, in and of itself, has clout to carry legitimate weight. Thus, the supervisor may be deemed credible simply because of the position she holds, and the employee is victimized in the process.

A victim of the Queen Bee Syndrome feels isolated and will not confide the extent of her victimization to others in the workplace because of uncertainty about whom she can trust. The victim who suffers in the work environment can be greatly affected by all that occurs. Due to the continual stress she experiences, the victim can develop health problems that can commonly include gastrointestinal disorders, dysfunctional sleep patterns, and anxiety.

The victim may realize that the Queen Bee is doing all in her power to either force her out or have her fired by writing negative performance ratings. Before that happens, the victim experiences a sense of urgency and knows she must leave to survive–both professionally and personally. When she attempts to look for other jobs, she faces the possibility that her Queen Bee supervisor can provide a negative referral to any interested prospective employer which can result in the employee feeling victimized to an even greater extent.

Despite the ideology put forth that women look out for other women and help them advance, this is not necessarily valid in all circumstances. Though there are many female supervisors who are secure within themselves and recognize that a quality employee who excels will enhance the organization as well as reflect positively on the supervisor's leadership, there still remain those who view the relationship as competitive and threatening. For employees who are conscientious, responsible, and highly qualified in their field of expertise, the victimization that can occur as a result of the Queen Bee Syndrome in the workplace is a devastating blow. Victims whose lives are impacted by this syndrome are negatively affected in numerous ways that can have deleterious consequences accompanied by enduring bad memories.