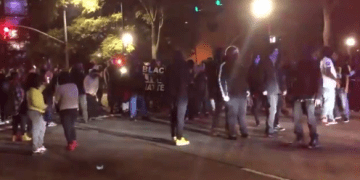 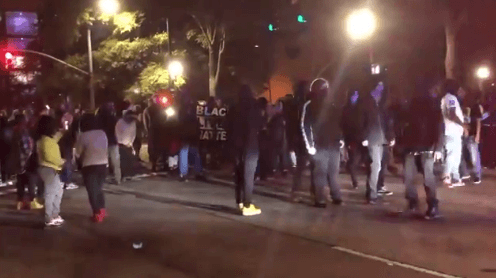 RALEIGH, N.C. – Police in Raleigh were involved in a shooting Tuesday that wounded a gunman, and not long after protests popped up, according to reports.

Raleigh Police Department released an official statement saying they had responded to a 911 call involving a man with a gun at around 6:40 p.m.

“When officers arrived at the scene, they observed an individual who matched the description given by the 911 caller. This individual was later identified as Javier Torres (DOB 8/3/93). Mr. Torres ran upon the arrival of the responding officers and a foot chase ensued, during which police repeatedly ordered Mr. Torres to stop and drop the gun. During the chase, Mr. Torres was shot one time by a responding officer. He was transported to a nearby hospital by EMS. A handgun, as described by the 911 caller, was located at the scene of the shooting.”

No officers were injured during the incident.

Protesters said police were slow to release information on the shooting. Some of the disenfranchised people gathered outside the residence of Raleigh Police Chief Cassandra Deck-Brown. Others grabbed an American flag from the governor’s mansion just before 1 a.m. The flag was later seen burning on the street, according to WNCN-TV.

“We need immediate and swift transparency regarding this incident because the community has a right to know and needs to know what’s going on,” Kerwin Pittman told the station.

A flag burning on Blount St near the #NC Executive Mansion after being pulled down off a flagpole minutes before @WNCN #CBS17 pic.twitter.com/O4qpC8cJSX

According to Raleigh Police Department, “the officer involved in the shooting was wearing a body worn camera that was activated and captured the incident.” Moreover, “other officers who were present also had body worn cameras that were activated.”

Police said they will seek a petition to release the video.

“As is standard protocol, the North Carolina State Bureau of Investigation will conduct an investigation of the officer-involved shooting,” police said.