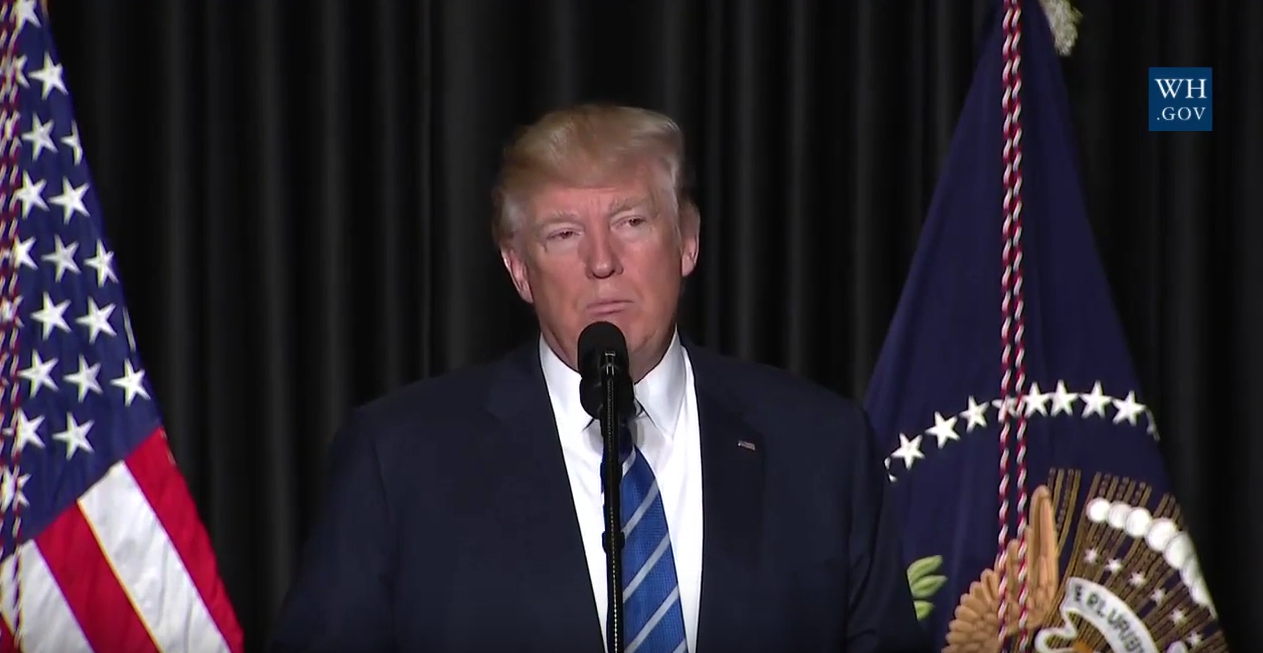 President Trump made a joke while speaking to law enforcement officers that was portrayed in the media as an endorsement of police brutality.

The Daily Caller reports that while speaking about violent gang-members in a speech to law enforcement officers that focused on MS-13, Trump said officers shouldn’t be “too nice” when putting violent criminals in the “paddy wagon.”

Trump’s comment was clearly a joke and, as liberal website Slate pointed out, resembled a famous Jerry Seinfeld joke on the same topic.

Journalists immediately said that the joke was an open endorsement of police brutality.

Commentator Ben Shapiro was quick to push back against claims that Trump was endorsing police brutality.

“This is all exaggeration. Is it appropriate for Trump to encourage police not to be “too nice” to suspects? Not really. But it’s not police brutality to refrain from putting your hand on the head of a suspect to prevent them from bumping it on a car door. It’s police brutality if you slam their head into the car door,” Shapiro wrote.

He encouraged readers to “watch the tape yourself, rather than reading the headlines blared by an aggressively antipathy-laden media.”

What must it be like to go through life without once ounce of humor.  Clearly, some humor is in bad taste and we will surely get some that attack us for seemingly defending the President’s words but seriously, is there so much hatred for President Trump and law enforcement that the clear joke cannot be seen?

Lt. Aaron Allen was shot and killed by a coward yesterday when all he was trying to do was to help the victims in a car crash.  We didn’t see one of the aforementioned media outlets even discuss it and they won’t.  President Trump made a joke and you would have to be a complete idiot to think anyone in that room thought otherwise.

Share and speak up for justice, law & order...
Tags: Trump