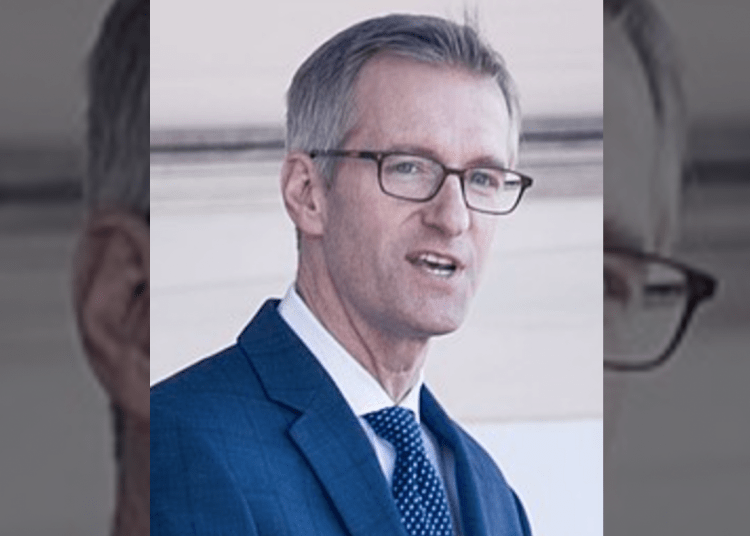 PORTLAND, Ore. — Portland Mayor Ted Wheeler is a laughingstock in police circles due to his approach to public safety, which is anything but safe. With the violence that has been tolerated in the city since George Floyd protests and riots sprang up in 2020, Portland has been a constant picture of mayhem.

Wheeler’s approach was further mocked when he ordered a hands-off approach to violence during a brawl that occurred on August 22 between members of the Proud Boys and Antifa. The confrontation included a man being held down and beaten, explosives set off near businesses and at least two people shooting into the street in downtown Portland.

One person, Dennis Anderson, was arrested after the Portland Police Bureau said he was caught on video shooting into the street at Southwest 2nd and Yamhill, KGW reported.

It was only when the shooting began that police became involved in the melee. For hours prior to the gunfire, people were left to fight, destroying property and set off explosives around the city without a peep from police, due to the mayor’s orders.

Two days beforehand, the mayor’s office held a press conference urging people to “Choose Love.” However, he declined to say when or if police would get involved when unlovable mayhem took over.

Wheeler admitted the hands-off approach was a mistake during the City Council’s Wednesday morning session.

“It is clear based on the public outcry, on the media outcry on the national front, that that strategy was not the right strategy,” Wheeler said. “I take full responsibility for it. I think we all acknowledge we want to do better.”

It seems to be inconceivable how Wheeler can be consistently wrong when it comes to public safety. He says he “wants to do better.” Perhaps he should start listening to law enforcement professionals.