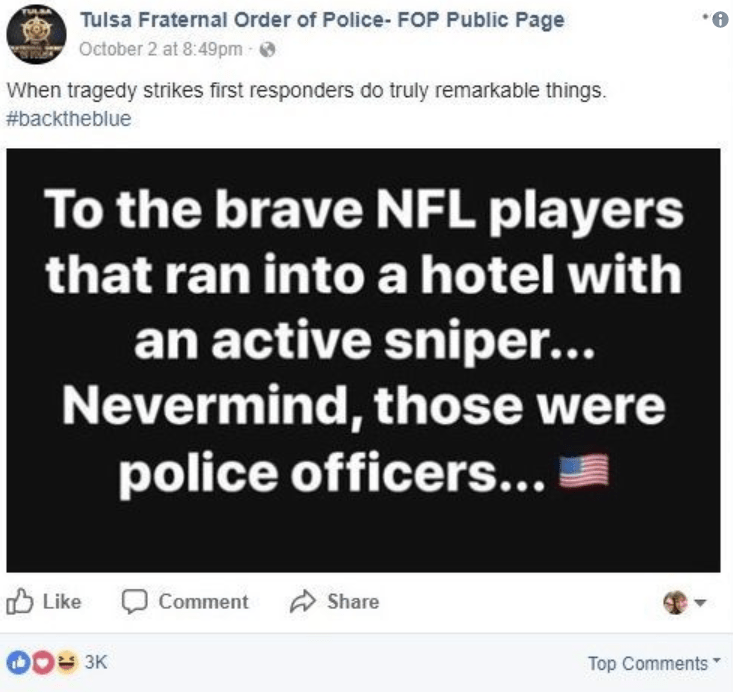 An Oklahoma police union this week deleted a Facebook post that called out NFL players and referenced the police response to the Las Vegas Strip massacre.

“To the brave NFL players that ran into a hotel with an active sniper…Nevermind, those were police officers,” the now-deleted post read, according to the Tulsa World.

The post first appeared Monday and drew 3,000 reactions before it was removed, the report said.

Mark Secrist, president of Tulsa’s Fraternal Order of Police, told the paper in an email that the post was intended to praise officers who responded to Sunday night’s shooting rampage in Las Vegas that left 58 dead and over 500 injured.

Share and speak up for justice, law & order...
Tags: TulsaUnion