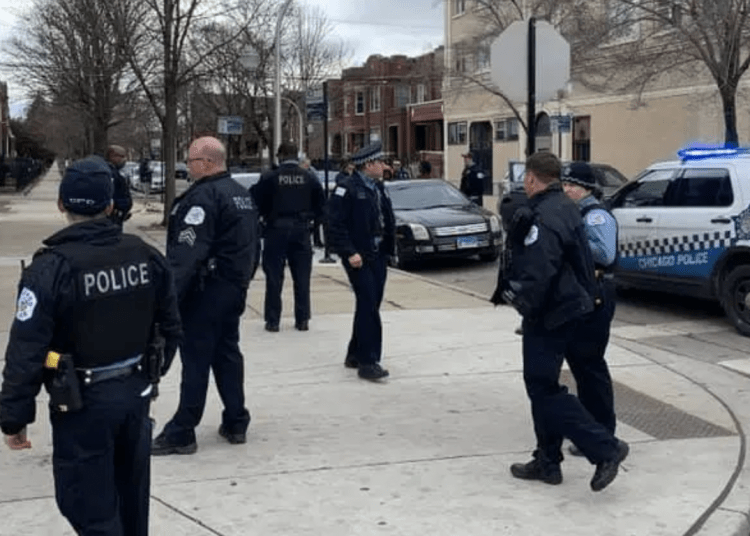 CHICAGO — In a rare occasion, the Chicago FOP and the ACLU are on the same page with a message to Mayor Lori Lightfoot. The topic involves checkpoints instituted in the interest of public health due to COVID-19.

The Chicago Police Department is establishing checkpoints across the city to remind people the statewide stay at home order remains in effect because of the coronavirus crisis.

Officers will be stationed at checkpoints in each of the city’s 22 police districts to briefly detain drivers and hand out flyers reminding people not to make unnecessary trips outside their home, according to the Chicago Tribune.

Nevertheless, the community, civil rights groups, and the Chicago FOP are calling on the mayor to shut the checkpoints down.

The citywide checkpoints come weeks after Chicago Police set up similar checkpoints on four West Side blocks, where officers asked people for IDs. Only local residents were allowed to enter.

In a statement on the expanded checkpoints, Police Sgt. Rocco Alioto said the new checkpoints will inform the public about the stay at home orders while “providing a visible police presence.”

The new checkpoints are categorically different from the previous ones on the West Side, as they will not be closing streets or checking identification, police said. Lt. Cindy Guerra, a police spokesperson, likened the checkpoints to the seatbelt checks that officers conduct regularly, reported BlockClubChicago.

Civil rights groups say the checkpoints will put minorities at risk for increased exposure to the virus.

“During this pandemic, law enforcement should be looking to reduce contacts, not increase them. Enforcing two dozen checkpoints each day across the City creates a risk of further spreading the coronavirus to members of the CPD and to residents,” said Ed Yohnka, American Civil Liberties Union spokesman.

The Chicago FOP echoed the complaints about the checkpoints increasing unnecessary exposure to civilians and officers.

“We need to be careful not to expose officers needlessly to the COVID-19 virus. This is not the time for setting up roadside safety checks,” FOP President Kevin Graham said.

Furthermore, the Little Village community group Mi Villita is calling on Mayor Lori Lightfoot to intervene and end the checkpoints, too, yet for different reasons.

The group said the checkpoints will “increase the emotional terror felt by Chicago’s thousands of undocumented immigrants,” even though Chicago is a sanctuary city.

Nevertheless, the mayor’s office expressed its support for the new CPD policy despite the public backlash.

“We take these community concerns extremely seriously. The City and CPD are committed to working closely with our community partners on ways we can further engage our residents with the latest public health guidance while we work to keep our neighborhoods safe,” a spokesperson said in a statement.