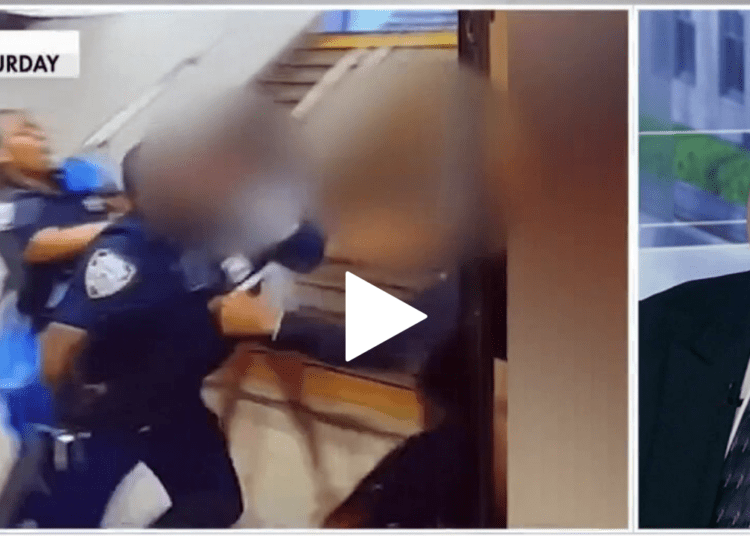 “If New Yorkers want to know why the chaos in the transit system is not improving more quickly — this is why.” That’s the message that Patrick Lynch, president of the Police Benevolent Association union in New York City, said after a teenager struck a police over over 20 times and choked him. The 54 second clip went viral but the teenager was soon released from custody.

It was nothing new for the violent thug. Just 3 days before the brawl, just outside the New York Subway went viral, he was released for another violent attack along with having a prior arrest for gun possession. And 4 days earlier, he was arrested for a robbery. On July 20, he was arrested on eight counts, including second-degree robbery and grand larceny, and released later that day, court records show.

None of that was good enough to keep him behind bars after the brutal attack on a NYPD officer.

“The assault on our officers in the subway is another example of individuals emboldened by a system that, just days ago, immediately released one of them after being arrested for robbery,” NYPD Commissioner Keechant Sewell wrote Tuesday on Twitter. “Once again, they are shown that there are no consequences for violent criminality.”

“No Consequences” may be an understatement. Indeed, it’s intriguing that the very politicians that made it possible for violent criminals to keep doing violence, don’t even realize that if this suspect continues, he will be shot and if he makes a mistake and attacks another cop like he did this past weekend, it may be the cop that has to shoot him.

Shocking video captured over the weekend in a Manhattan subway station shows youths brazenly brawling with NYPD officers. The male youth was recently arrested for illegal possession of a loaded gun & robbery, but was quickly released without bail. pic.twitter.com/IjUPZcivwi

Fox News reports that with the consent of Manhattan prosecutors, the assault case over the weekend was diverted to family court where juvenile delinquents if convicted face significantly lighter punishments than they would if tried as adults.

The teen girl, who appears in the video hitting a cop, was also charged with second-degree assault on an officer, according to police.

Meanwhile, the teen boy’s robbery case is being prosecuted in Manhattan criminal court, not family court, due to a quirk in the state’s bail reform laws. The teen was also arrested in April for gun possession in Brooklyn, according to a law-enforcement source.