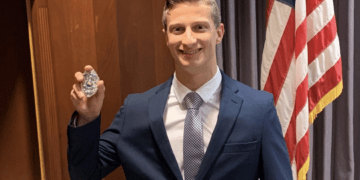 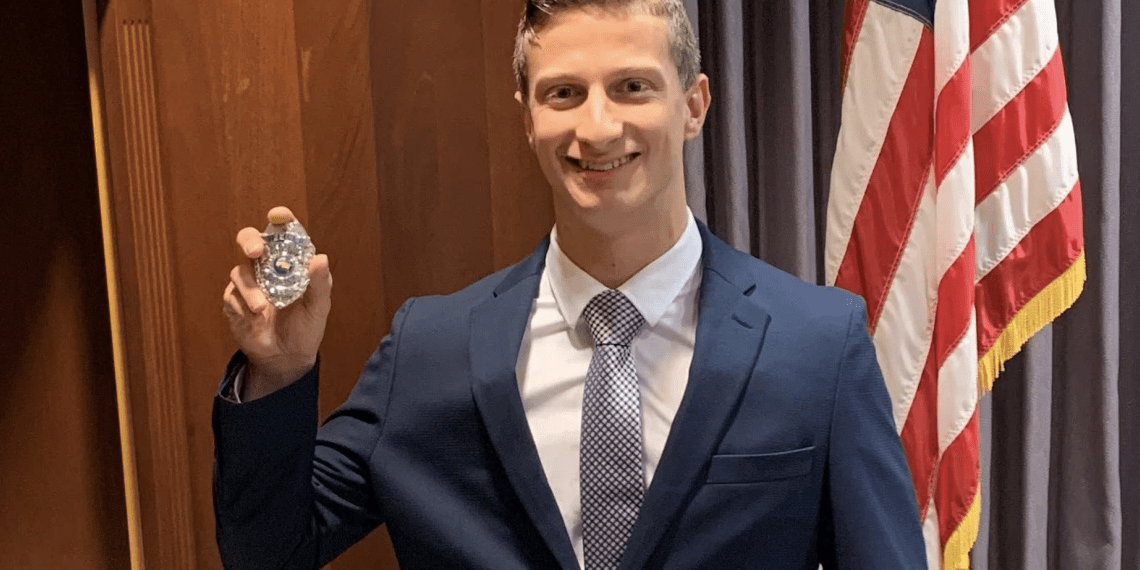 LAFAYETTE, Ind. — A police recruit in Indiana was quickly terminated once an investigation revealed he participated in a neo-Nazi online chat forum, department officials said.

Joseph Zacharek, who was hired in June but had no contact with the public, was fired Saturday, less than 24 hours after an investigation by the Lafayette Police Department found he made racist, hateful posts four years ago on a since-disbanded neo-Nazi forum called Iron Watch, police said.

“Officer Zacharek’s comments were not in harmony with the spirit of cooperation and inclusion in the community that the Lafayette Police Department values,” Police Chief Patrick Flannelly said in a statement.

The police agency became aware late Friday of Zacharek’s connection to Iron Watch, which shut down in 2017 but had its entire database exposed online late last year, the Lafayette Journal & Courier reported.

Zacharek’s introductory message on the site in September 2016 identified him as a 23-year-old national socialist wrapping up his enlistment with the Army as a tank crewman, according to a posting at IronMarch.exposed. This is the post:

“Hello all. I’m a 23 year old American with mostly Eastern European ancestry plus a bit of Anglo. I’m nearly finished with an enlistment in the Army as a tank crewman. When I was younger I was a garden variety conservative libertarian. Even then I had niggling doubts about race but didn’t dwell on them much, as in the public education system you guzzle the Kool-Aid and gobble up the propaganda (((they))) put before you. It wasn’t until I started working as an EMT in the inner city that I openly questioned the view that all races are equal. I was exposed to the vile “culture” of the African and learned that everything I had been taught on race had been a flimsy fabrication which was not supported by real world evidence. I found /pol/ and began reading the recommended books in the NatSoc General threads, which seemed to be the only threads where intelligent discussion was taking place. I was astounded at first by the open naming of the Jew, but the more research I did the more I was led to the same conclusions. I would now say that I am fully NatSoc, and I’m especially interested in NatSoc economics as a way of throwing off the chains of usury and Jewish owned banking. Basically, I joined because I want to engage in higher level fascist discourse than goes on in /pol/, and I want to be part of a community of likeminded people with the same or similar worldview. I look forward to the discussions here.”

Zacharek admitted he made the post, as well as others on the forum that referred to the National Socialist German Workers’ Party, Flannelly told the news organization.

Zacharek’s username, Panzerleiter, was a combination of Panzer – a German tank – and leiter, which means leader, chief or conductor in German, the Journal & Courier reported.

Zacharek was hired by the department in June. He’s originally from Edwards, New York, attended Penn State University and served three years as a tank crewman for the US Army, department officials said at the time, New York Post reported.

“He visited Lafayette and fell in love with the community,” police said in June.

A background check conducted on Zacharek prior to his hiring, including personal social media accounts, did not discover the hateful posts, which also called Pope Francis a “communist subhuman,” according to IronWatch.exposed.

“Most fascists I talk to prefer their own nationalities, but I think a country that allowed any White immigration while denying any lesser races is the most ideal and lasting solution,” Zacharek wrote. “Unfortunately it doesn’t seem as if any country will step up anytime soon.”

Flannelly said he doesn’t think Zacharek’s hiring was an attempt by neo-Nazis to infiltrate the department in northwestern Indiana.

“We would have never hired him in the first place if we’d uncovered that in the background investigation,” Flannelly told the Journal & Courier of the posts. “He would have been effectively eliminated.”