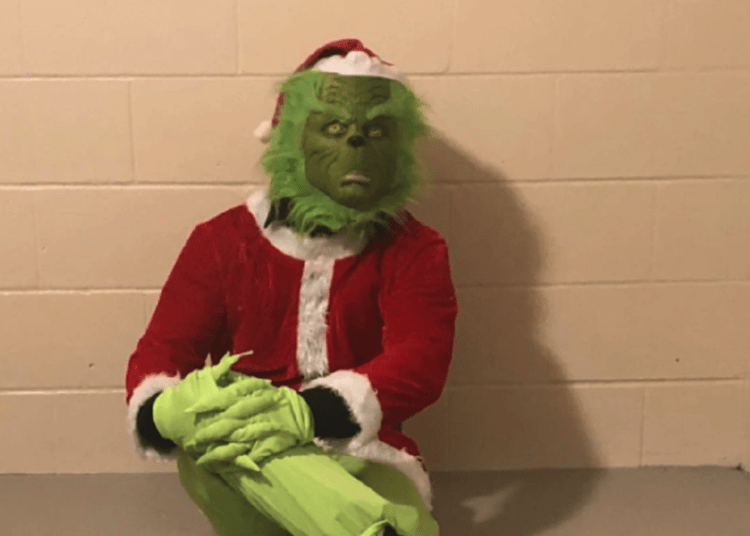 The Grinch was arrested by police in Massachusetts. (Dracut Police Department)

DRACUT, Mass. — The Grinch won’t be able to ruin Christmas this year thanks to the Dracut Police Department in Massachusetts.

The police agency noted on Twitter that they arrested Mr. Grinch in the early morning hours of Christmas Eve, WDHD in Boston reported.

The green being was allegedly caught trespassing in citizens backyards, stealing presents and doing everything imaginable to ruin Christmas. Yet police responded and saved the special holiday for its’ residents.

Arrest Report:
In the early morning hours of Christmas Eve, DPD officers arrested THE GRINCH who was caught trespassing peoples backyards, stealing presents, and trying to ruin Christmas. Attached are some booking photos. THE GRINCH was held without bail. pic.twitter.com/Qg53vEHi33

So it’s only appropriate that Mr. Grinch is being held without bail.