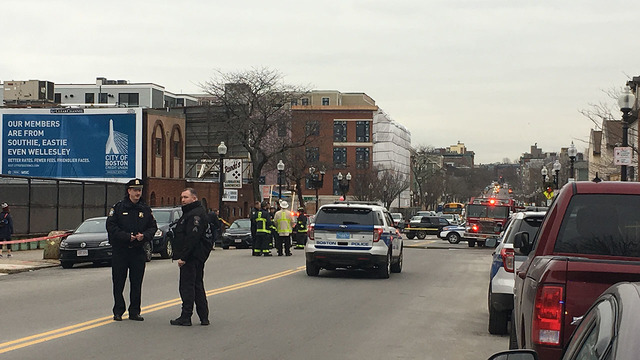 A Boston police cruiser was set on fire sometime Friday morning, according to police.

It happened just outside the Boston Police substation on West Broadway in South Boston. a 30 year veteran officer was in the vicinity of the fire and taken to a local hospital for evaluation.

An officer witnessed a fire under the cruiser and what appeared to be a propane tank.

The Bomb Squad responded to the scene.