The plane went down during Sunday's competition 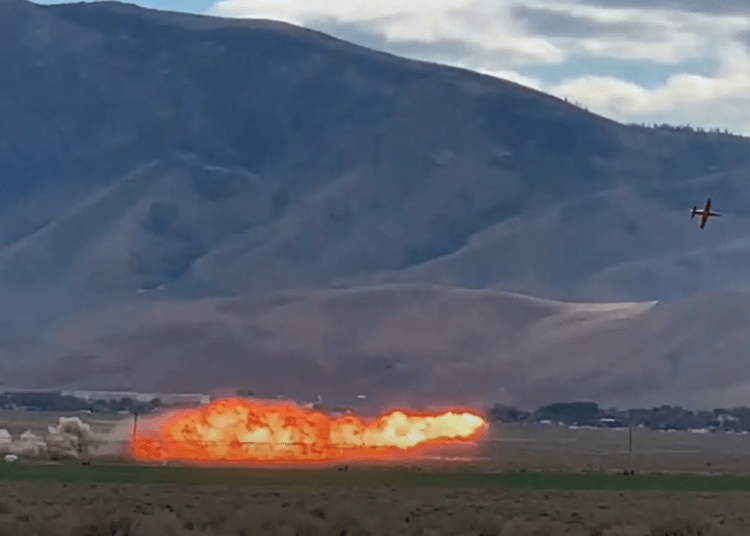 A pilot died in a plane crash during an air race competition in Reno, Nevada on Sunday. (Screenshot bigbigblue100 - YouTube)

RENO, Nev. – A pilot was killed when a plane went down in a fiery crash during a race at an annual competition in Nevada Sunday afternoon.

The single-engine aircraft crashed at the location and immediately burst into flames during the championship round on the final day of the Reno Air Races, according to officials

Video from the competition shows the horrifying moment the plane hit the ground about 3:45 p.m. on lap three of six during the Jet Gold Race on outer pylon 5, Reno Air Racing Association CEO and president Fred Telling said during a press conference, KRNV reported.

WARNING: Video of the crash might be sensitive for some viewers.

The air race competition was being live-streamed but immediately went offline after the deadly crash. No other planes were involved and there were no additional injuries, Telling confirmed.

Authorities expressed their condolences to the spectators who witnessed the crash in addition to the pilot’s survivors.

The deceased pilot has not immediately been identified.

The final events on the last day of competition were canceled, the New York Post reported.

The National Transportation Safety Board and the Federal Aviation Administration are investigating the crash.