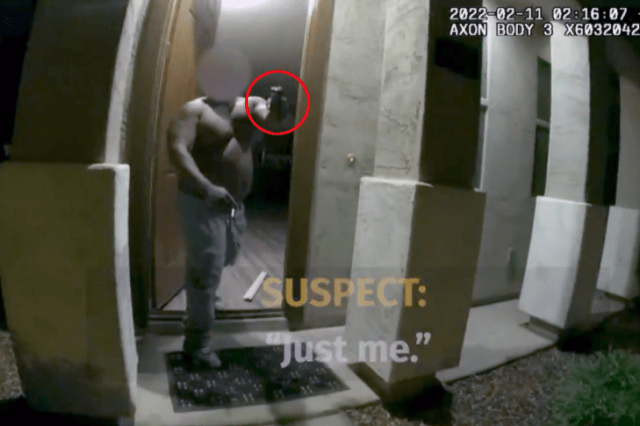 PHOENIX – The Phoenix Police Department released alarming bodycam video that show the moment a police officer was shot during an ambush attack that left nine officers wounded and the suspect dead after he shot and killed his ex-girlfriend.

The horrifying encounter occurred about 2 a.m. Feb. 11 when police were called to the area of 54th Avenue and Elwood Street regarding reports that a woman had been shot inside the home, Arizona Central reported.

Feb 11: The moment a suspect ambushed one of our officers responding to a call of a woman shot. He lured the officer to help the woman, then opened fire. The officer was hit several times and could not return fire due to severe gunshot injuries to his right arm. pic.twitter.com/yyr2jA5nKI

The first officer to arrive at the residence was solicited to enter the home by the suspect who was identified as 36-year-old Morris Jones.

However, it was an ambush as Jones suddenly opened fire, striking the officer outside the front door.

Just prior to the shooting, the officer asks Jones who else is in the house, according to the 26-second clip released Thursday by Phoenix police.

“She’s choking on her own blood! Come on, bro,” Jones says, referring to the woman who called 911, before opening fire and striking the officer in the arm.

“999! 999!” the officer shouts on the police radio seeking emergency assistance. “I’ve been shot!” he yells, unable to return fire due to his severe wounds.

At one point, Jones tried to flee by ramming a patrol car with a vehicle but was unsuccessful, Williams said.

As the tense scene continued to unfold, another man slowly emerged with one hand in the air, the other clutching a pink bag and holding a baby girl.

Footage obtained by KPNX-TV showed him placing the infant on the ground and raising his arms to surrender as he backed away from the home.

As officers moved forward to rescue the baby, Jones ambushed them by once again opening fire, striking four of them. Another four officers were injured by shrapnel and ricochets as they backed away and sought cover, Williams said.

Two officers returned fire as Jones barricaded himself inside the home, where he was later found dead. 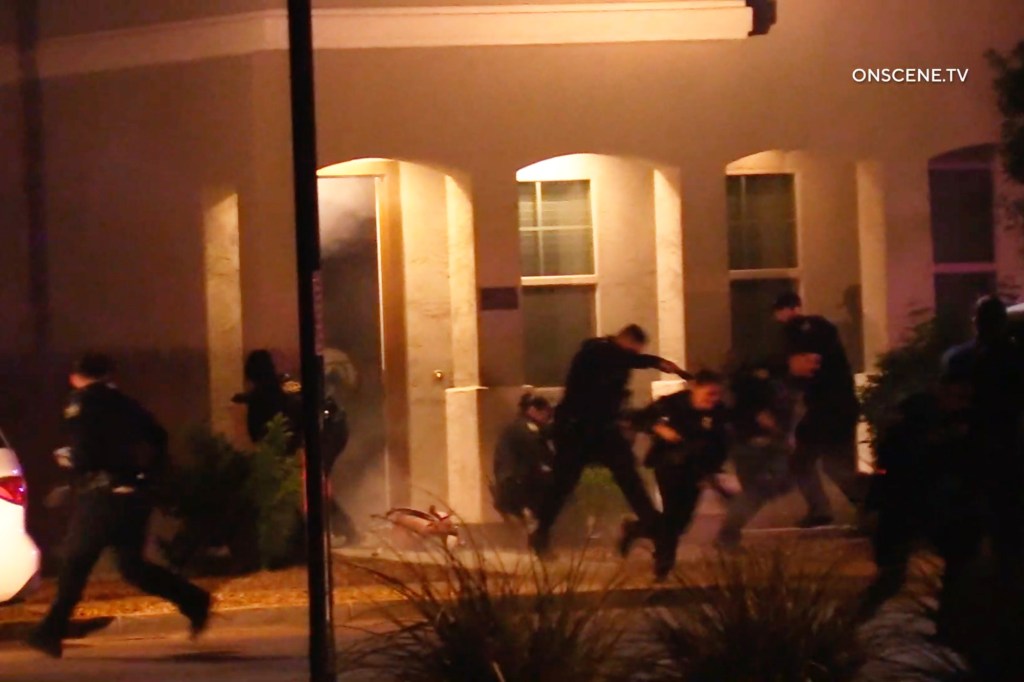 The suspect was killed and nine officers were injured during the ambush attack. (Onscene.tv)

Jones’ ex-girlfriend, Shatifah Lobley, 29, was later pronounced dead. The baby was not harmed during the gun battle, the New York Post reported.

The man who brought the baby outside is believed to be Lobley’s brother. Investigators have not said whether he faces any criminal charges.

According to Phoenix police, all of the injured officers are reportedly recovering.

“A miracle — that we had that many people actually struck by gunfire and all of them are out of the hospital … less than a week later,” police precinct commander Derek Elmore said this week, the Arizona Central reported.

Chief Jeri Williams expressed her anger in controlled moderation during a press conference on the day of the deadly encounter, Law Officer reported.

“If I seem upset, I am. This is senseless. It doesn’t need to happen, and it continues to happen over and over again,” she told reporters.