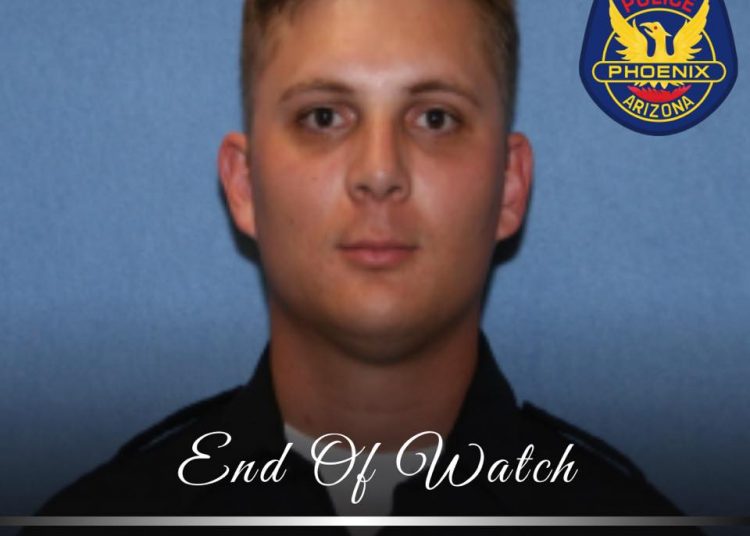 PHOENIX, Arizona – A Phoenix Police officer has died after a collision that involved a suspect that ran a red light. The collision occurred on Monday evening, just an hour after Officer Ginarro New started his shift. New was driving a marked Chevrolet Tahoe at the intersection at Greenway Parkway, when he was struck by a car that ran the red light eastbound.

“The force of the collision sent Officer New’s Tahoe through a block wall and into the parking lot on the southeast corner of the intersection where it came to rest on its side,” stated Phoenix Police Sgt. Ann Justus.

Phoenix Fire Department crews extricated New from the Tahoe and transported him to an area hospital where he later died according to Fox 10.

The other driver also died in the crash.

Police say according to preliminary information, speed is a contributing factor with the vehicle that ran the red light.

“I just want to point out this is the danger our officers face every night. They go to work and they don’t know if they’re going to make it back to their family the next day. And unfortunately, this time, this officer did not. And we ask that your thoughts and prayers are with the New family as well as the entire Phoenix Police Department and all first responders,” said Justus. 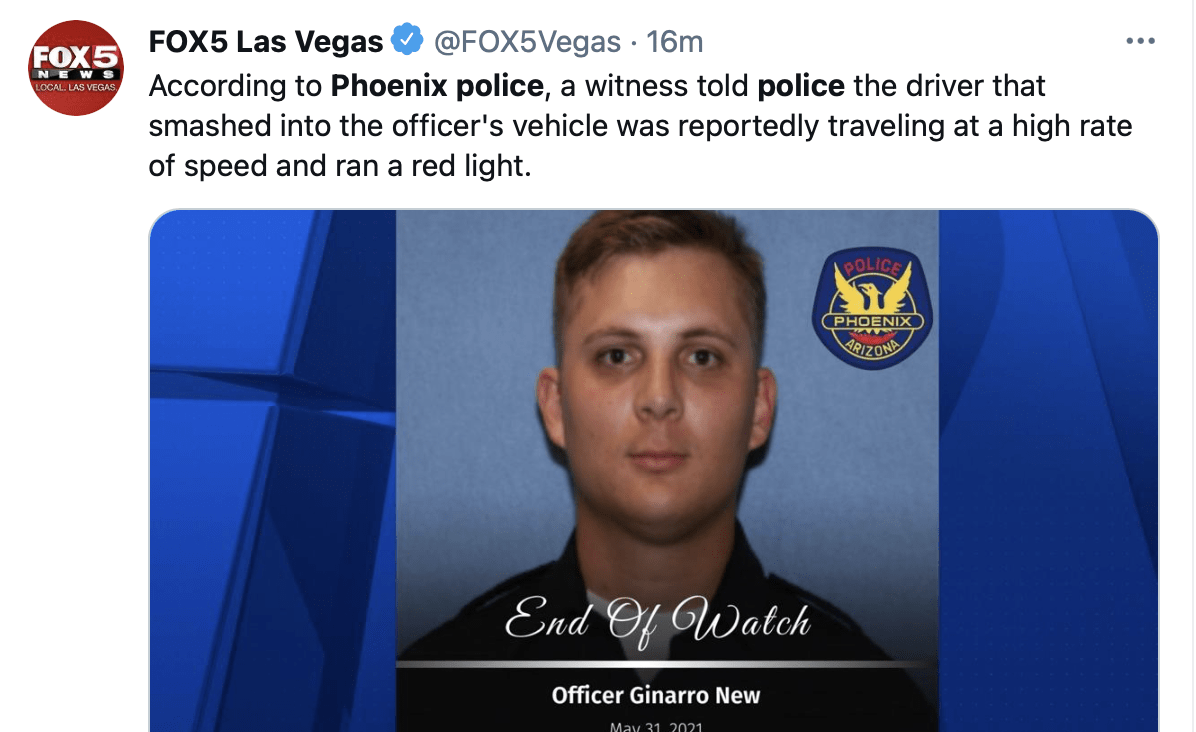 The Greenway Parkway and Cave Creek Road intersection will be closed during the investigation.

“Our community is grieving the loss of Phoenix Police Officer Ginnaro New. On behalf of the City of Phoenix, we thank Officer New for his service and commitment to keeping us safe. We hold his family in our hearts, and will keep his memory in our minds.

“I invite our community to thank his Phoenix Police colleagues who face these kinds of dangers daily. Our thoughts are with them today, as are our condolences for this terrible loss. Deep gratitude also goes to the Phoenix Fire Department and Honor Health for their heroic efforts to save Officer New’s life.”