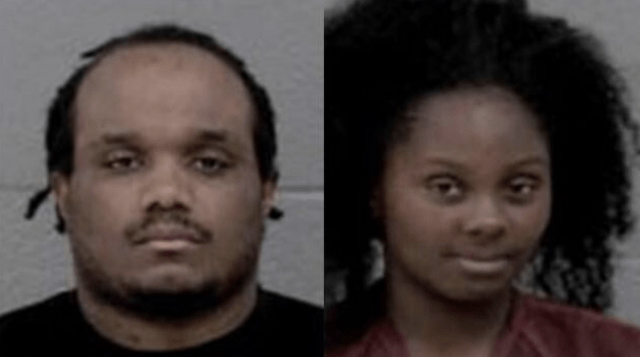 PINEVILLE, N.C. – A North Carolina woman was held as a sex slave and repeatedly tortured in two hotel rooms and two suspects have been arrested in connection with the case, police said on Friday.

The woman, whose identity was not released, was “forced into sexual acts with random men” and “physically and mentally punished … if she failed to meet a certain quota financially,” the Pineville Police Department said in a news release.

At two hotels in Pineville, about 15 miles south of Charlotte, the North Carolina woman was verbally abused, choked in ice baths and branded with a hot coat hanger, police said. The violent abuse unfolded in front of her two children who were occasionally beaten with a belt but not sexually abused, according to investigators.

Police said they’d been investigating the woman’s trafficking case when she contacted them. Suspects Thomas Antoine Miller, 26, and Shakeeta Lasha Adams, 25, were arrested in connection with her case.

“In both locations, the same two suspects arrested were involved in unspeakable violent acts,” police said.

He remained in the Mecklenburg County jail.

Adams was charged with simple assault.

She remained free on bail pending trial, according to jail records cited by the Charlotte Observer.