Tyler Modovan was not expected to survive his critical injuries 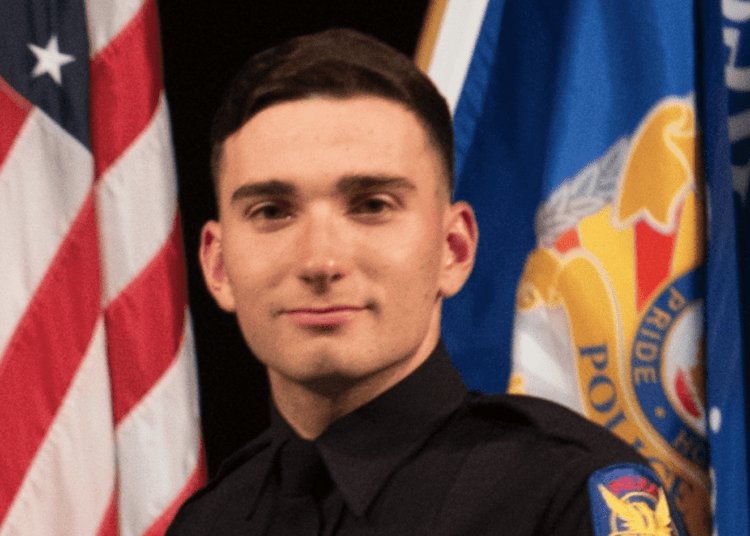 PHOENIX – A “miracle” recovery is what it’s being called after Officer Tyler Modovan of the Phoenix Police Department was shot eight times in December and was transported to the hospital in critical condition. While under emergency medical care, the officer was placed on life support. Nearly six months later the survivor is heading home.

Moldovan, 22, was shot on Dec. 14 after he and other officers responded to calls in the early morning hours regarding a vehicle driving erratically and doing donuts in the street, Law Officer reported at the time.

He was assisting partner officers in a search for the driver at an apartment complex when they spotted Essa Williams, 24, hiding behind the wall of a patio about 2 a.m., Phoenix police Sgt. Vincent Cole said at the time.

The officer was rushed to the hospital in critical condition. Emergency room physicians placed him on life support and he was not expected to survive, according to court documents.

Williams was arrested and subsequently booked at the Maricopa County Jail. He faces charges, which include attempted first-degree murder, possession of a weapon by a prohibited person and resisting arrest, police said.

In the immediate aftermath of the December shooting, Phoenix Police Chief Jeri Williams said,  “Earlier this morning, Officer Tyler Moldovan was shot multiple times protecting and serving our community. We know that the doctors and the medical staff at the hospital are doing everything they can possible to save him. This kind of incident sends shock waves throughout our entire Valley. There are no words when this kind of incident happens.”

Moldovan spent about a month on life support prior to getting transferred to a rehabilitation center in January.

There was reason to celebrate at noon on Thursday, as Moldovan was slated to fly into Deer Valley Airport in Phoenix and be taken home by ambulance. Members of the community were invited to show their support along the side of the road, Fox reported.

The @PhoenixPolice Officer is finally home after spending months in an out of state rehab facility.

Officer Moldovan was shot 8x in December, including once in the head while on duty. | @abc15 pic.twitter.com/FHjGmN7nAt

Officer Tyler Moldovan is welcomed home by his brothers in blue and his family.

“The Moldovan family is so appreciative for the support they have received,” the police department said in a statement. “They ask for privacy once they arrive home, as Officer Moldovan continues on the road of recovery.”

Moldovan’s family has demonstrated their faith as they maintain an Instagram account complete with prayer requests for his continued recovery.

The family has attributed his progress thus far to God, celebrating in a May 3 Instagram post: “For each week His mercies are renewed. The Lord has given us strength to start off the week. Today, Tyler stood a full 90 degrees with the standing frame!”

“Praise God for another miracle before our eyes,” the social media post added, with a sense of spiritual optimism.