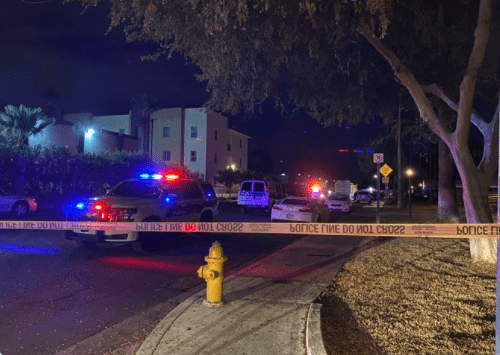 PHOENIX – An officer with the Phoenix Police Department been hospitalized after being shot multiple times. Police have a suspect in custody, authorities confirmed early Tuesday morning.

The critically wounded officer is identified Tyler Moldovan, 22. He was shot several times by the suspect while searching an apartment complex about 2 a.m., FOX 10 Phoenix reported.

Officers were searching the apartment complex regarding reports of a vehicle driving recklessly and doing donuts nearby, according to the Phoenix Police Department.

A Phoenix police officer has been rushed to the hospital after being shot in the area of 15th Ave and Camelback. Suspect in custody. The area will be restricted for quite some time for the investigation. More as we learn it. pic.twitter.com/icIvhwEfeI

The suspect was taken into custody and no officers fired their weapons. The identity of the individual has not yet been released.

“Earlier this morning, Officer Tyler Moldovan was shot multiple times protecting and serving our community,” Phoenix Police Chief Jeri Williams said. “We know that the doctors and the medical staff at the hospital are doing everything they can possible to save him. This kind of incident sends shock waves throughout our entire Valley. There are no words when this kind of incident happens.”

Moldovan has been with the Phoenix Police Department for little more than a year. He is “fighting for his life,” according to a FOX 10 reporter who is at the hospital covering the story.