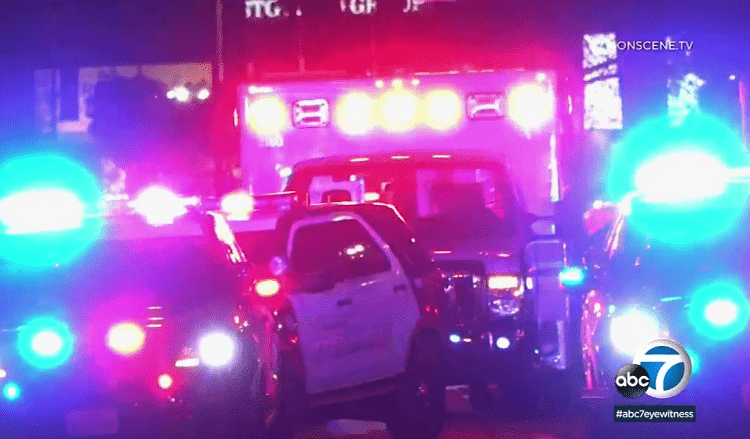 GARDEN GROVE, Calif. — Police were involved in a deadly confrontation with suspect involved in a collision while operating a stolen vehicle early Wednesday in the Southern California city of Garden Grove.

The crash was reported at about 1:30 a.m. near the intersection of Harbor Boulevard and Trask Avenue, reported NBC Los Angeles.

“Upon contacting one of the parties involved in the collision, an altercation between that subject and an officer occurred resulting in an officer-involved shooting,” said Lt. Ray Bex of the Garden Grove Police Department.

The suspect fighting with the officer was not only driving a reported stolen vehicle involved in the crash, but attempted to steal a police unit once officers arrived on scene, according to law enforcement sources. The violent suspect and officer fought in the police cruiser and it carried over into the street before the fatal shots were fired, sparing the officers life, the sources revealed.

The suspect later died after he was transported to a local hospital, KABC reported. His identity was not provided. The officer also required medical attention for undisclosed, non life-threatening injuries.

The magnitude of the fight, as well as justification for the use of deadly force, will be investigated by the Orange County District Attorney’s Office, according to county protocol.