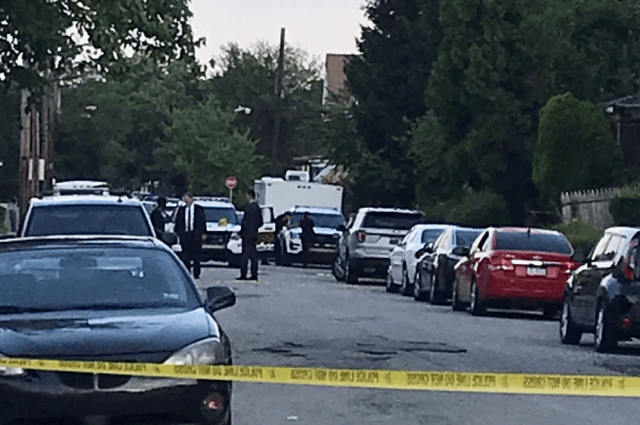 PITTSBURGH – An off-duty police officer was reportedly shot multiple times early Sunday morning in Pittsburgh and was rushed to the hospital in critical condition.

The officer’s name has not been released and police say he was fired upon around 1:30 a.m. in the 7300 block of Monticello Street in Homewood, a neighborhood of Pittsburgh.

After the shooting, police say several people attending a house party near the crime scene were detained for questioning and a SWAT team was called to search the house, according to the Pittsburgh Post Gazette.

BREAKING: Sun is coming up, giving us a better look at the scene in Homewood. An off duty Pittsburgh police officer was shot overnight. Critical condition. LIVE COVERAGE COMING UP AT 5:30am #wpxi #breaking pic.twitter.com/keVvd8ZwKM

“The officer’s family and colleagues (at the hospital) are focused on his well-being alone and want privacy from the media,” said police spokesman Chris Togneri, in an emailed statement.

Police said several people that attended a party near the crime scene were detained for questioning, and the tactical unit was called to search a house.

It’s unclear if the victim was a guest at the party.

Six women sitting outside a home on Monticello Street, near where the shooting happened, said they were hosting a bachelorette party that night. One of the women, Stacey E. Gibson, who lives at the house with her partner and four other women said police came into their house and detained two of them and took some of their belongings.

“Now my wife is distraught,” said Ms. Gibson. “I ain’t never been detained in my life.”

Police interviewed a man only identified as Calvin, who “heard five shots go off around 1:30 a.m.,” the newspaper reported.

Looks like a resident is explaining to detectives the scene and what was taking place last night. I’ll explain next at 7am #wpxi #breaking #homewoodshooting pic.twitter.com/Dha1Cz9B9n

“Otherwise,” he told the Gazette, “the neighborhood is usually [quiet].”

Furthermore, another man who lives across the street reportedly told KDKA he was the cousin of the officer and the shots were fired at a pre-wedding party that went wrong.

No arrests have been reported, and WPXI says high ranking officials with the Pittsburgh department are in the hospital with the wounded officer.

Man connected to shooting of Pittsburgh cop surrenders to police