Shannon Brandt, 41, told police that the teen was a Republican “extremist,” the sort of person Joe Biden claimed was a “threat to this country” in a primetime speech three weeks ago. 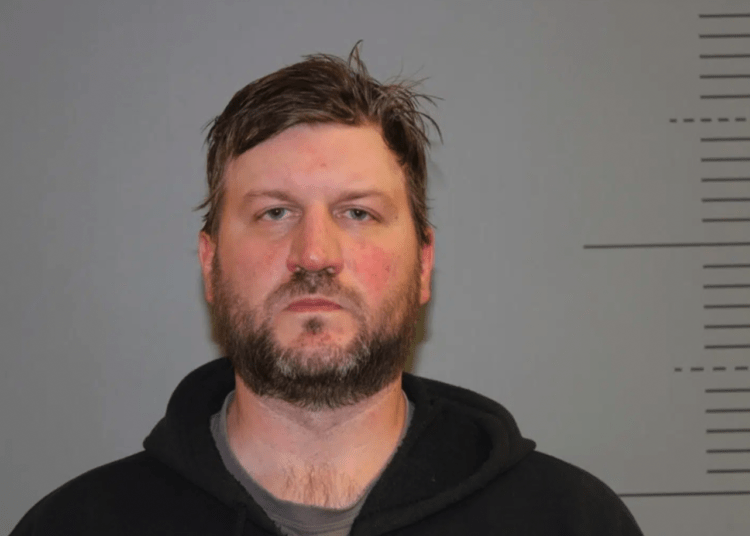 FOSTER COUNTY, N.D. – A North Dakota man who admitted to mowing down a teenager with his SUV over politics early Sunday was released on $50,000 bond Tuesday, according to Townhall reporter Mia Cathell.

🚨 41-year-old suspected killer Shannon Brandt, who admitted to hitting 18-year-old Cayler Ellingson with his car over the teen's conservative views, was RELEASED yesterday on $50k bond. Brandt has been charged with vehicular homicide and leaving the scene of a deadly accident. pic.twitter.com/ulWpwOa5CN

Shannon Brandt, 41, told police that the teen was a Republican “extremist,” the sort of person Joe Biden claimed was a “threat to this country” in a primetime speech three weeks ago.

According to court documents, Cayler Ellingson, 18, called his mother shortly before the incident to ask if she knew who Shannon Brandt was. The teen had reportedly attended a street dance in the Foster County community earlier that night. His mother told her son that she did know Brandt, and that she was on the way to pick him up. In a second call, Ellingson told his mom that Brandt was chasing him. By the time she arrived, it was too late. Brandt had run over her son with his SUV in an alleyway, killing him.

North Dakota Highway Patrol Capt. Bryan Niewind told reporters that the 41-year-old was the one “who called 911 to report the crash” around 2:30 a.m. According to the affidavit, he told the police that he hit the pedestrian because they had had a political argument, and the teen was calling people to go after him. Ellingson, as the affidavit states, had called his mom for help.

Brandt also told police that the boy was a member of a Republican “extremist group.”  He fled the scene, and law enforcement later arrested him at his home. Police say Brandt admitted to consuming alcohol prior to the incident, and the results of a breathalyzer test were above the legal limit.

“We do not know of any witnesses. We are still making attempts to interview potential witnesses from the street dance, people that were present prior to the crash happening,” Niewind told reporters.

“Donald Trump and the MAGA Republicans represent an extremism that threatens the very foundations of our Republic,” Biden declared during his infamous “red sermon” on Sept. 1. Biden framed his speech at Philadelphia‘s Independence National Historical Park as a “battle for the soul of the nation.”

Biden insisted that “there’s no question that the Republican party today is dominated, driven, and intimidated by Donald Trump and the MAGA Republicans, and that is a threat to this country.”

The Democrat accused Republican “extremists” of “promoting authoritarian leaders” and fanning “the flames of political violence.”

“They are a threat to out personal rights and to the pursuit of justice, to the rule of law, to the very soul of this country,” Biden declared.

Biden told his supporters that they have the power “to stop the assault on American Democracy.”

“We are not powerless in the face of these threats. We are not bystanders in this ongoing attack on Democracy,” he said.

Critics immediately viewed it as a dangerous dog-whistle to radical leftists to attack conservatives.

A judge ordered that Brandt be held on $50,000, but he objected to that, saying he was not a flight risk.

Brandt seemed puzzled that he was even arrested.

“I have a job, a life and a house and things I don’t want to see go by the wayside — family that are very important to me,” Brandt told the judge.