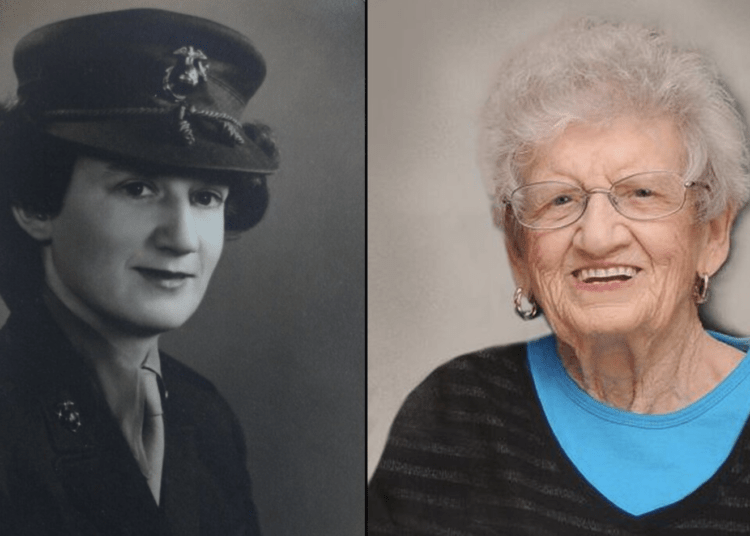 KANNAPOLIS, N.C. — Dorothy Schmidt Cole, who was recognized as the oldest living U.S. Marine back in September 2020, died of a heart attack at her daughter’s home Thursday. She was 107.

The Associated Press reported that Beth Klutzz, the woman’s only child, confirmed on Friday that her mother had died of a heart attack, several months after her birthday.

Cole, who also went by the nickname “Dot,” sought to join the U.S. Navy after the bombing of Pearl Harbor out of a desire to help the country in a time of need, she told Military Times in an interview last year. But when Cole was turned down by the Navy due to her height — she was only 4’11” — she set her sights on joining the U.S. Marines.

“I decided to go with the Marines,” Cole told The Independent Tribune in September of 2020. “I even took flying lessons of about 200 hours, thinking it would impress the Marines. But it didn’t. They put me behind a typewriter instead of an airplane.”

Cole spent two years at a firing range in Quantico, Virginia, where she typed correspondences for officers between 1943 until the end of the war in Japan. While in the service, she also met Wiley Cole, the man who would later become her husband. Cole went on to have two grandchildren, and six great grandchildren.