Non-profit Pays Off Mortgages for Families of Ambushed Officers 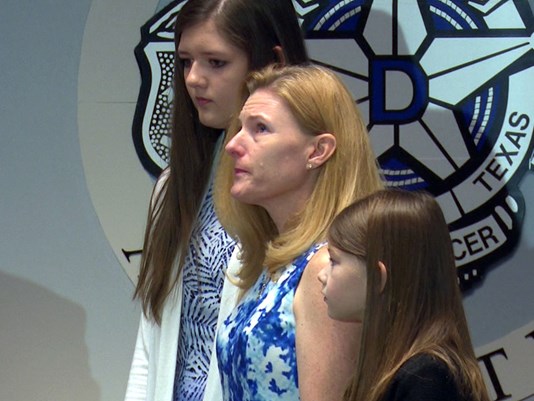 The ambush on Dallas-area police officers in July not only took the lives of five police officers in the line of duty, it robbed their families of any sense of safety, security, and stability—but to help relieve their burdens, the non-profit Tunnel to Towers Foundation has raised money and paid off their mortgages.

The ambush attack on police officers in Dallas, Texas on July 7, 2016 took the lives of:

Their ultimate sacrifice—and the sacrifice of their families

Each has made the ultimate sacrifice in the line of duty. And so to have their families and loved ones been left to sacrifice as well.

Toward easing their families’ loss and burden (presuming such a thing is possible), the non-profit Tunnel to Towers Foundation announced Monday that their mortgages had been paid off.

Toward collecting donations to pay the mortgages, John Hodge, of Tunnel to Towers reported, “Ultimately, we raised approximately $610,000 in five days to be able to assist these families.” Hodge also reported that donations came “from all over the world.”

Heidi Smith, the widow of Sergeant Michael Smith, and mother of their two daughters, was apparently at a loss for words, but managed to express her overwhelming gratitude, according to a WFAA news report: “Michael worked so hard to provide for us…He worked many long hours away from myself and the girls and we just want to thank everyone that was a part of it.”

And while officer Patrick Zamarripa and his widow Kristy Zamarripa did not own a home, Tunnel to Towers reserved money for her to be donated whenever she may be ready to purchase a home in the future.

The Tunnel to Towers Foundation

The Tunnel to Towers Foundation honors the memory and sacrifice of New York firefighter Stephen Siller, who died on September 11, 2001—and honor the memory of all first responders and military personnel who sacrifice life and limb in their service to our country.

John Hodge, who presented the donations to the officers’ families on Monday, is the cousin of Stephen Siller. The name of the foundation refers to Siller’s actions on September 11: he was separated from his squad, but still walked three miles to Ground Zero to help others, where he was killed when the Twin Towers collapsed.

Share and speak up for justice, law & order...
Tags: mortgageNewspolicetunnel to towers