No War On Cops? 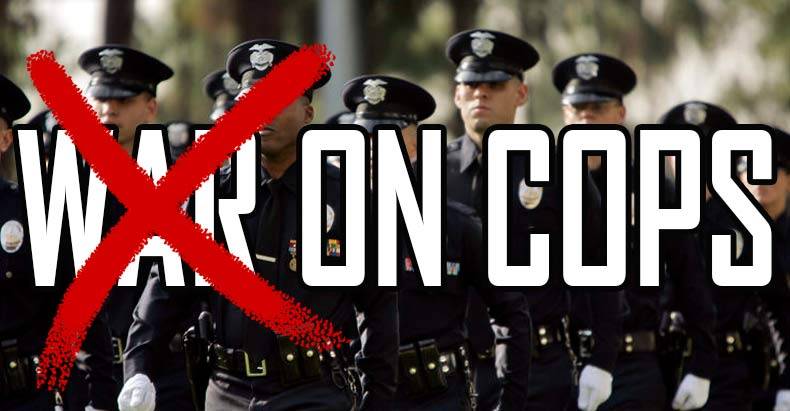 As we end what is easily the most dangerous year for law enforcement in recent memory, those on the other side continue to push their ridiculous agenda which is falling on deaf ears.  Last week the Huffington Post proudly claimed that there is no “war on cops”.

The author of this supposed journalistic article pushed the narrative that while line of duty deaths are up, history shows that it’s part of the job and that numbers will rise at times.  The only source used is a criminologist that worked in three different agencies before becoming a lawyer and then surrendering his license for the “mishandling of client funds.”  Hey Huffington Post….if you are in need of “police experts”, you may want to take a look at our authors.  They have a combined experience of a few thousand years in the business but then again they may not say what fits your agenda.

While the author is correct that police deaths have fluctuated since the profession began, it doesn’t tell the full story.

There is a war on cops.

Never in our history has media assisted countless groups in protesting law enforcement.  There was a time when groups calling for cops to be killed would have been vilified by the press.  Now they demand it.  They can’t wait to stick a camera in front of someone’s face to help promote their rhetoric and false narratives.  Never in the history of law enforcement has an entire political party including some of the highest ranking politicians in our country joined in the false narratives.

It’s not a stretch to theorize that this nonstop hatred spewed by groups and individuals was magnified ten fold by a biased media, would led an already unstable individual to think he is justified in sniping unsuspecting cops.  Cops who by the way only had one mission: to keep those protesting safe.

No war on cops you say?

When was the last time you heard groups across the country calling for “dead cops?”

It’s the hatred combined with the numbers that make the war on cops a very real thing.  Fortunately for the police, the message is falling on deaf ears based on the recent Gallup Poll.  The public’s perception of law enforcement has never been higher while it’s perception of the media has never been lower.  The public has spoken and they even voted for an incoming President that ran on “law and order.”

The love of police is the highest it’s ever been and still rising.  It might be wise to take notice.  Bullethead is not holding his breath for that…