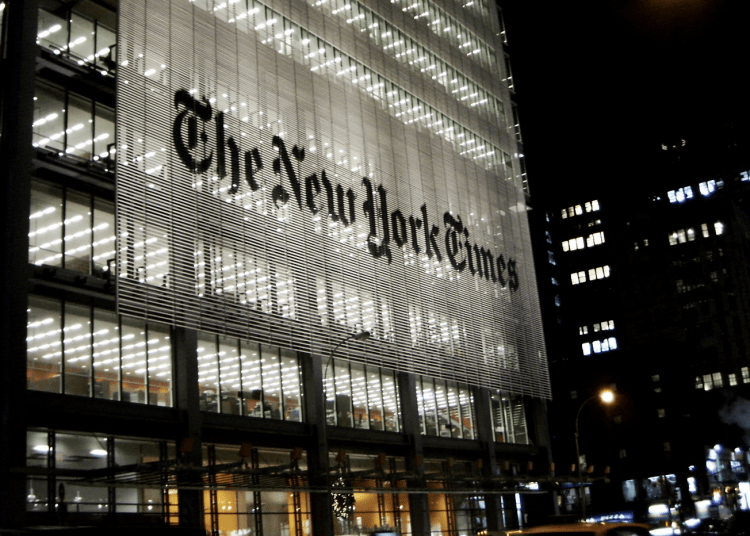 New York City – Social media exploded over the weekend after The New York Times published an article claiming there’s a “time and a place” for “cannibalism.”

The New York Times published the outlandish piece, titled “A Taste for Cannibalism?” in its Style section on Saturday. Written by Alex Beggs, the article provided insight into cannibalism’s growing relevance in pop culture ­– especially in a “spate of recent stomach-churning books” – and touted one author’s assertion that cannibalism’s “time is now.”

Beggs began her piece with a reference to novelist Chelsea G. Summers’ story idea of a character eating her deceased boyfriend’s “liver served Tuscan style, on toast.” She then observed, “Turns out, cannibalism has a time and a place. In the pages of some recent stomach-churning books, and on television and film screens, Ms. Summers and others suggest that that time is now.” 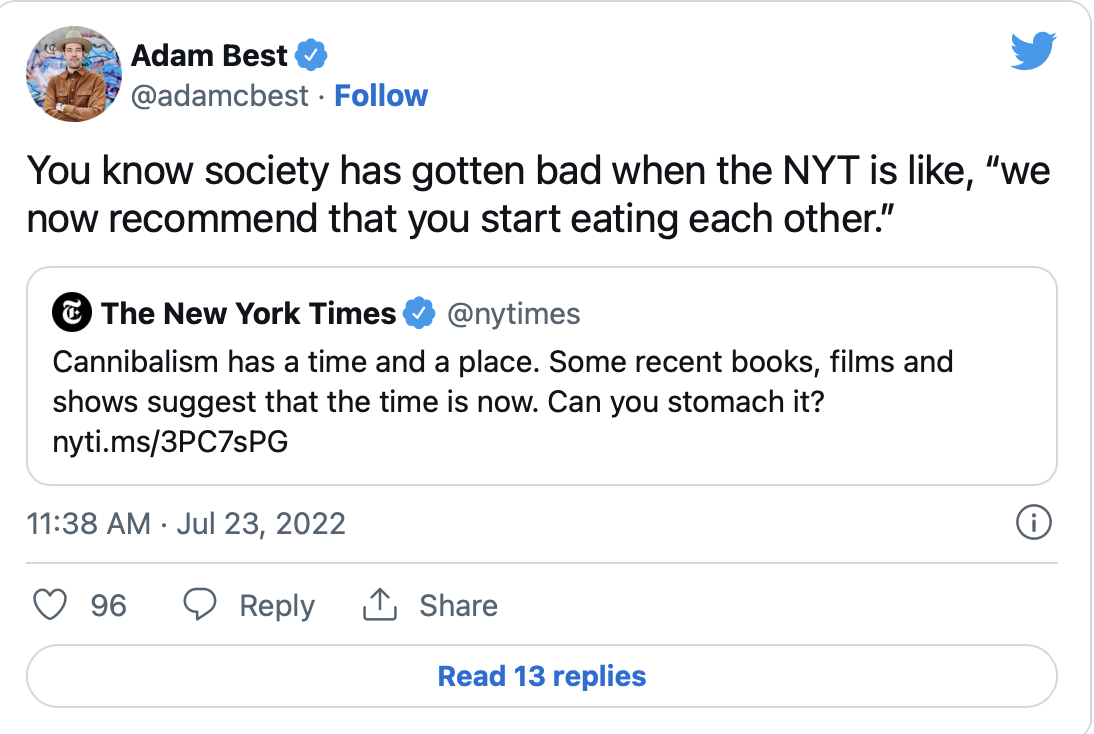 Beggs’ piece also sought to find out “what may be fueling the desire for cannibalism stories today.” According to Lyle, it’s the current “strange moment.” She mentioned “the pandemic, climate change, school shootings and years of political cacophony as possible factors.”