The British SAS and the U.S. Army's Delta Force are using a new machine gun that fires two rounds simultaneously 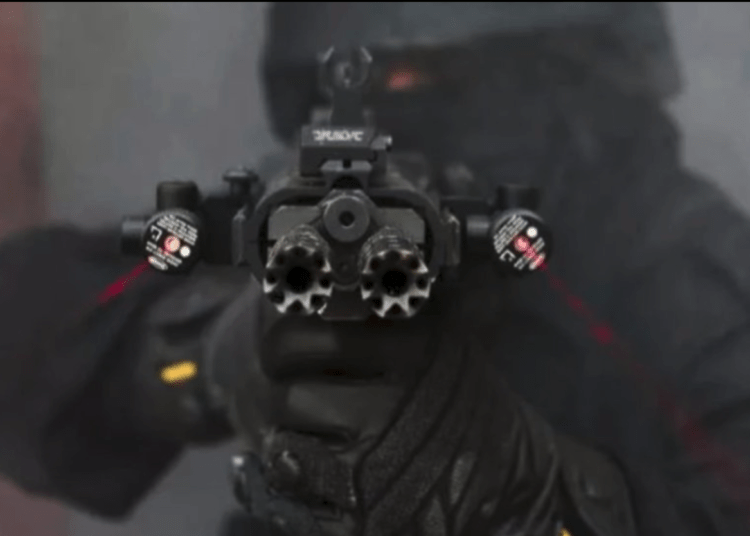 A new twist on an old weapon has produced a very lethal firearm used by Britain’s elite SAS forces and the U.S. Army’s Delta Force.

The weapon system is called the Gilboa Snake. It is an advanced upgrade of the two-muzzle concept that can fire 1,000 rounds per minute, according to the Daily Star.

The news outlet reported that two SAS soldiers used the Snake when they killed up to 12 Islamic State fighters in less than a minute in northern Syria.

“The troops opened fire on a group of men loading explosives into a car. The six-man SAS team opened up but most of the fire came from two guys armed with the Gilboa,” according to a source.

“The two soldiers fired burst after burst and the insurgents dropped like flies — the weapon really is a force multiplier.” 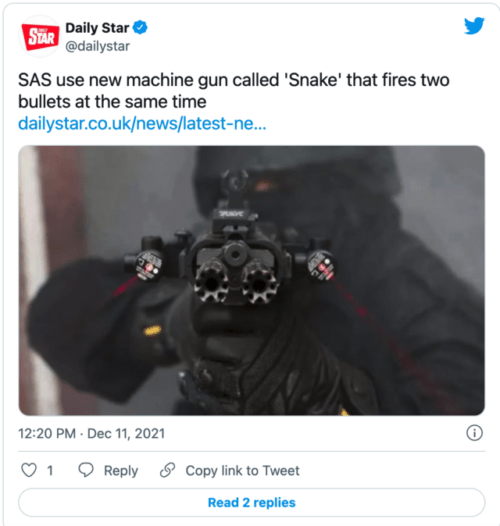 “The great thing about the weapon is that if one side of it jams the other will still fire — and every time you pull the trigger you are hitting the target with a double burst,” the source said, according to the Mirror.

The weapon system can fire with precision out to 800 meters when lasers are added, The Western Journal reported.

The weapon can maintain accuracy when rounds are fired at a range of 100m in a 20-round burst.

The rifle was designed by the Israel company Silver Shadow and Gilboa USA, according to Spec Ops magazine, and comes in a civilian semiautomatic version. 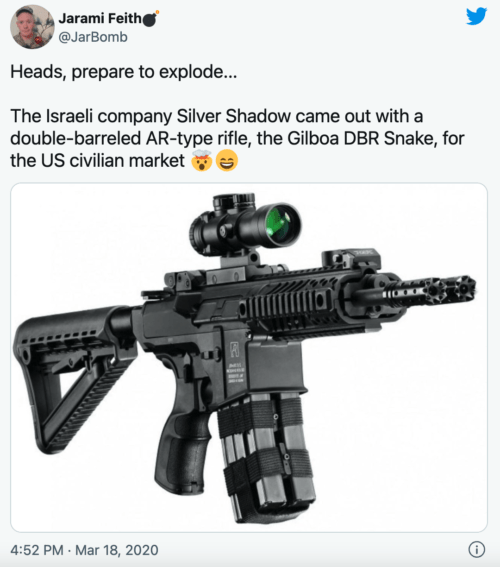 The rifle is lightweight and reliable – key features required by the special forces. The U.S. Army’s Delta Force special ops unit has reportedly adopted the firearm, according to the Star.

Experts say there is no downside to the weapon, other than it burns through ammunition rapidly. It certainly gives new meaning to the term, “double tap.”