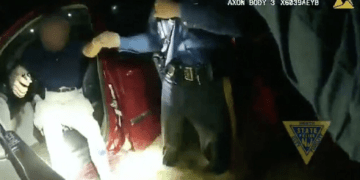 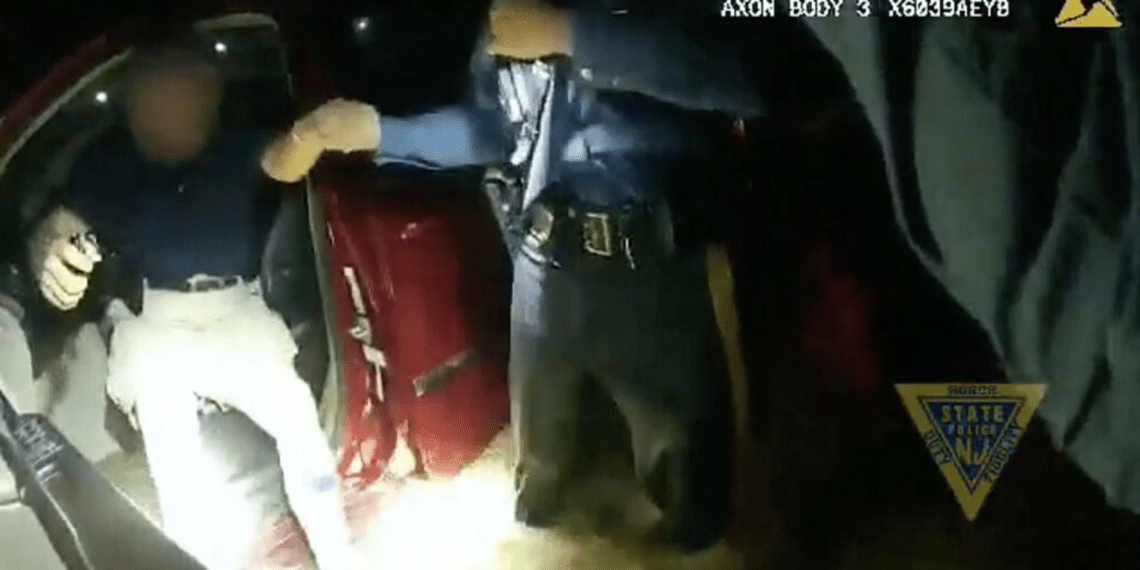 New Jersey State Police came to the rescue of a driver trapped inside his car during a flash flood over the weekend.

Troopers Christopher Engel and Colin Reilly responded to a call of a motorist stuck in floodwaters on State Highway 40 in Pilesgrove Township at about 1:15 a.m. Saturday, police said in a news release Tuesday.

Bodycam video of the rescue shows that rising floodwaters and a strong current had pinned the 65-year-old man’s vehicle against a guardrail.

“Due to the rising water coming from the nearby river and the pressure of the current, the troopers knew they needed to quickly get the man out of the vehicle and to a safe location,” the police statement said.

After parking their patrol unit in a safe spot, the video shows Engel and Reilly wade through knee-deep water to the victim’s vehicle, FOX reported.

“Grab onto the trooper there,” a trooper says after opening the driver-side door.

As the water rushed around them, the troopers helped the man out of his vehicle and escorted him safely through the strong current.