Cops Told The Felon Repeatedly To Drop The Gun 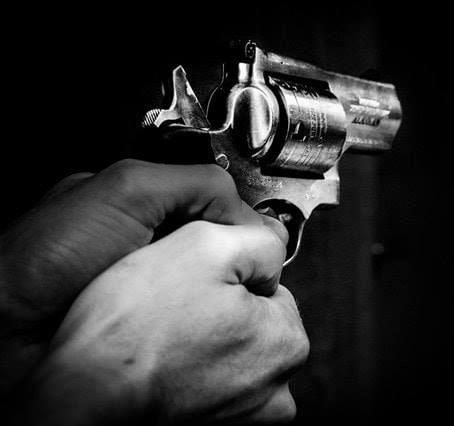 Millville, New Jersey – A felon, who was indicted on murder charges a decade ago, allegedly aimed a 9mm Glock with a high capacity magazine at three Millville police officers on Saturday following a traffic stop. Police pulled over Dante Hayes, 31, of Millville, on Saturday, though court documents detailing the incident do not indicate why he was stopped.

Hayes got out of his car and pointed a handgun in the direction of three city police officers “who were displaying badges, duty belts and tactical vests clearly labeled ‘POLICE,’” according to an affidavit of probable cause as reported by NJ.com.

Officers repeatedly told him to drop the gun, but he refused and instead took off running while still holding the gun, police said.

LEARN HOW TO SURVIVE AN AMBUSH

Hayes was captured and a search of the area turned up the gun that contained a high-capacity magazine and hollow-point ammunition.

Hayes was charged with assault, hindering apprehension, tampering with evidence, and various weapons offenses, including possession of a weapon by someone previously convicted of homicide.

In 2010, Hayes was sentenced to eight years in prison on a reckless manslaughter charge for the 2008 shooting death of Zebedee Irving in Bridgeton.

He was originally indicted on murder charges in the case.